Not much crafting has been going on this week unfortunately, as I've been rather poorly. Well to be fair I've only had a cold, but I so rarely get sick that when I do I really take it to heart!

I did however receive these beauties from kitty craft.... 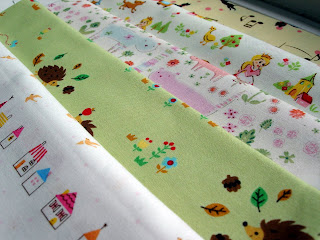 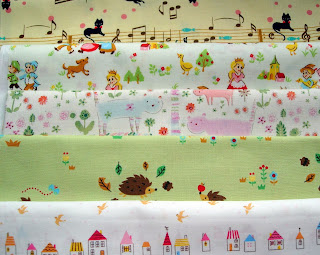 They are so so so lovely!!! I 'm going to use them to make a quilt for my niece's first birthday, it's already late as it was her birthday on Friday,... 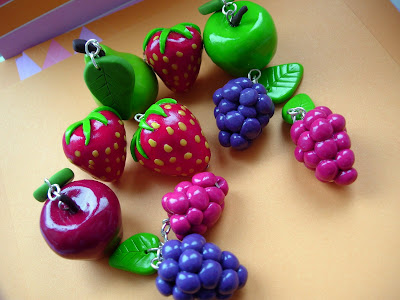 These are the jolly little charms I have been occupying myself with today. 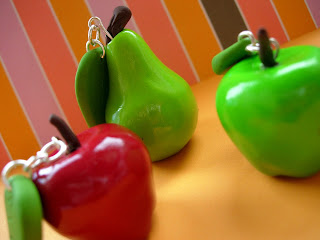 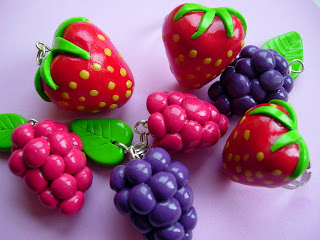 I love all of them, I really couldn't say which is my favourite!
Apart from 2 of the strawberries (which are rings) they're all charms which I will sell ready to use for whatever you like. I have kept a strawberry for myself, which I've been wearing on a long silver chain, as you can see below! 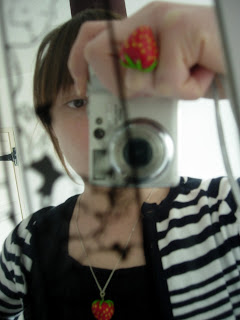 Unfortunately the way I made the...

Argh, been an absent blogger the last few days and now have lots to catch up on!
I started a new job this week, hence my lack of computer time. I'm working in a card shop, and so far it has been very enjoyable.
I had lovely last few days of freedom with Graeme.
Kidlington managed to host both a craft fair and a book fair on Saturday, which was just far too much excitement for my little village!

"Hello Mr Sewing Machine, my how I have missed you"

It has been quite some time since myself and the above mentioned sewing machine have kept company, but over the last few days we have been getting reacquainted with one another. And what a jolly good time we have had!
Often I think I avoid sewing, because I can get myself in quite a tizzy over the whole process! Compared to all the other crafts I partake in, such as knitting and crochet, I find...

What a busy little crafter I have been again the last few days! And I have some very satisfying pictures to prove it!

I made a mountain of beads yesterday.... 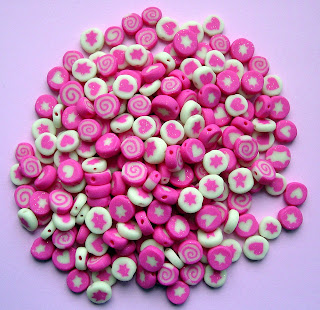 They just look so lovely all piled up like that! I'm actually selling them in bags of 30 in my shop and sell they have hence my making of so many more!

The white bits glow in the dark which I find so extremely exciting! I made myself this here...