A fun Day Out at the Craft Fair

Went to the Craft, Hobby and Stitchshow at the NEC in Birmingham yesterday with my Mum and my sister. I've never been to the NEC before and wasn't really prepared for its vastness!! It kind of feels like an airport. However I had loads of fun, although it was incredibly exhausting. The really annoying thing was none of the stalls were actually allowed to sell anything there on the day, so despite... 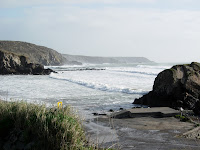 I'm on half term at the moment so no school (yay!!). As a treat to celebrate I went down to Cornwall at the weekend to visit bestest of all friends Melody. I had such a lovely time as it had been over a year since I last saw her and Cornwall is so beautiful.

We didn't do much, except chat, go for walks and most importantly we went Charity Shop shopping! And my were there some treasuries to be had....

I have so many lovely ideas for this sunny saturday but really can't get myself out lazy hangover mode.

I have managed to to post some new items in my Etsy store including some of these lovelies... 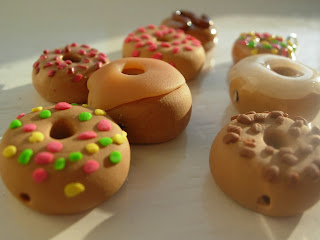 I hope to add much more later on today, as I'm going to retrieve some items from the kiln later which is particularly exciting as it's been so long since I did any ceramics.