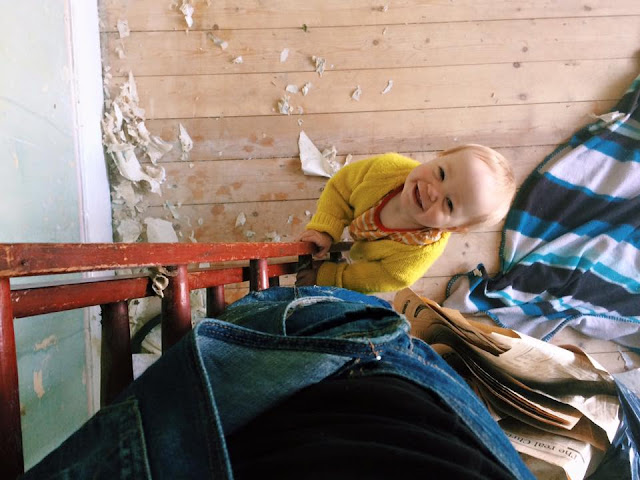 This week has been much more productive that the first. My sister, her other half and four children arrived on Friday afternoon and got straight to work. Over the weekend we managed to completely strip all the wallpaper from two of the bedrooms, whilst the kids pulled wallpaper off the walls here there and everywhere (the house is currently covered in discarded paper!). 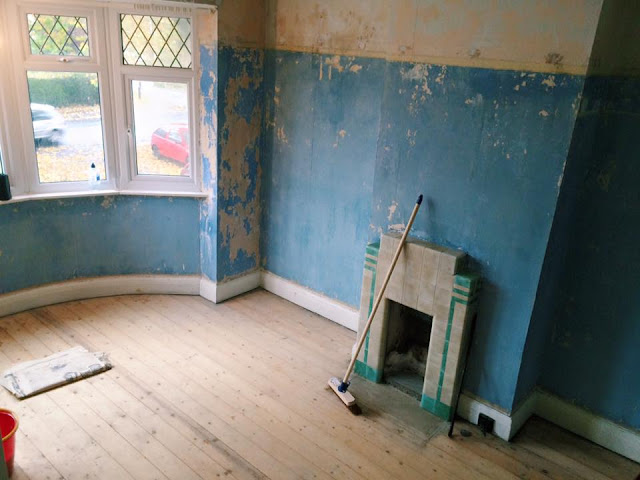 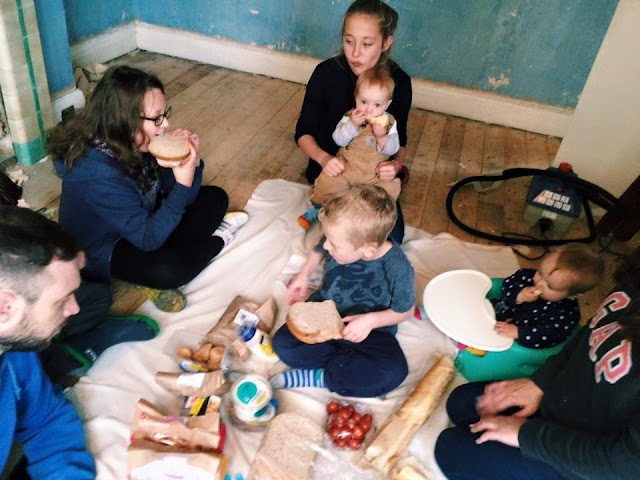 The boys, especially Ian, my sister's boyfriend, spend most of the weekend in the garden. Ian brought down all his gardening tools and mowed the lawns, cut the hedges and gave the whole garden a huge tidy up. You wouldn't believe how much bigger and nicer it looks as a result. Plus he found all manner of treasure, including a little cotswold stone wall hidden under an overgrown hedge. 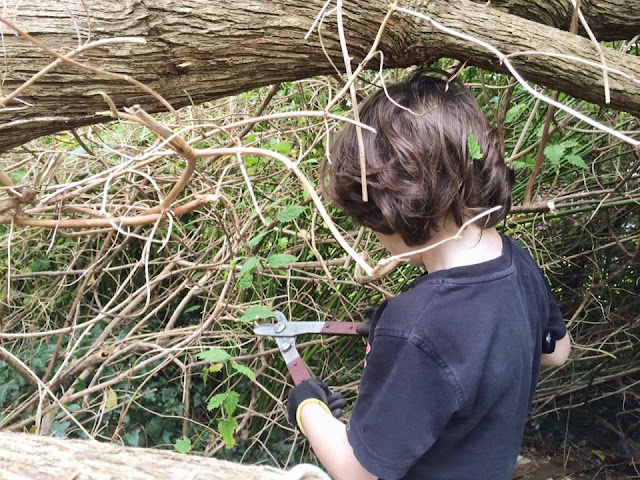 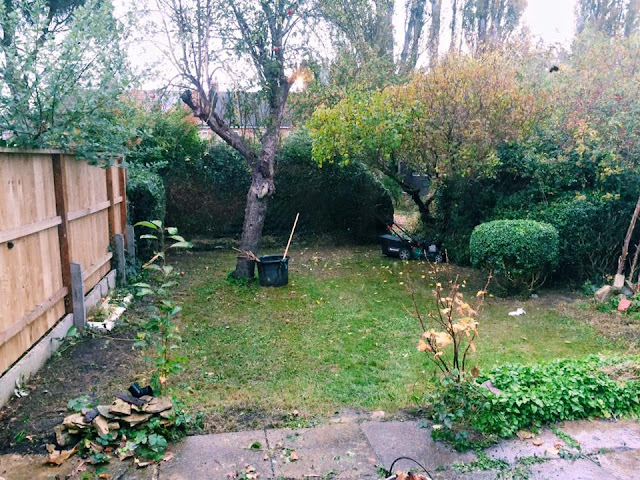 On Sunday afternoon Johnny took sledgehammer and crowbar to the cotswold stone fireplace that was in the dinning room and made quick work if getting rid of it! We've salvaged as much of the stone as possible and moved all that down to the vegetable patch ready to be put to use up there. We're a bit stumped as to what we're going to do with the fireplace now. We're not sure whether to keep it or board it up and if we do keep it what to put there. We're thinking of a tiled surround as the others in the house are all the original tiled fireplaces. Though I'm wondering if a woodburner might also be a good idea, as the dining room will (eventually) lead through to a big kitchen. However at the moment there's a back boiler in there so I guess we'll have another think once that's been removed. 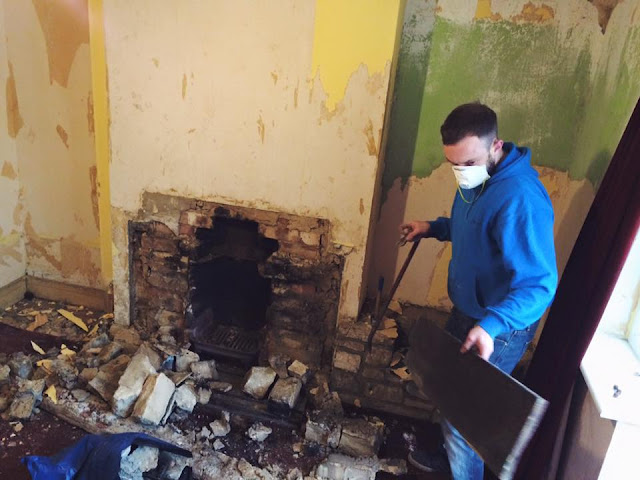 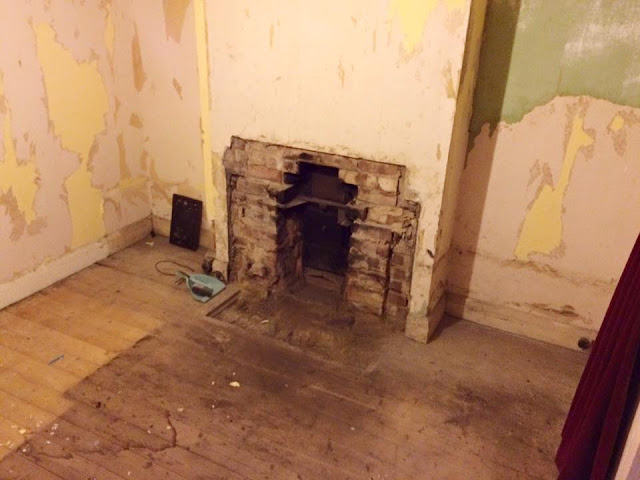 We had a plumber come round on Saturday to do a quote for us. We need to add central heating throughout the house, remove all the water tanks and fit a new bathroom. We don't have gas yet, but that is going to be fitted the middle of November. Johnny and I are now debating different radiator styles and bathroom suites. Though we have agreed on one thing, the bathroom flooring. After lots of research and hours on pinterest, we've decided on cork flooring. Very 70s I know but it's super cheap, sustainable and much warmer on the feet than tiling. We had some samples arrive from Siesta Cork this week and we love the frost colour way from their Ambiente range.

This week has been half term so the kids and I have been visiting most days to do a little of something. I managed to get another bedroom completely stripped of wallpaper, but other than that it's been a little tricky to get much done. 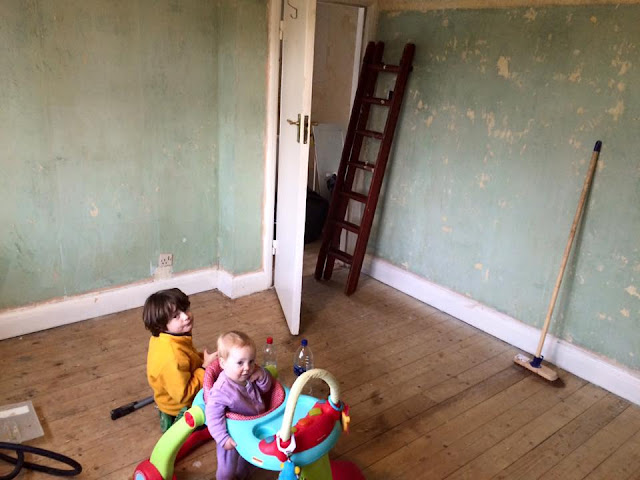 One thing we did manage to work on was clearing away some of the hundreds of apples all over the garden. With little time to do much with them this year I fear they are mostly finding themselves on the compost heap. But we did put a big box of windfalls out on the pavement, I haven't been back since we put them there so I have no idea if anyone took advantage of them or not. Ian brought us an apple picker which is amazing, so we've been picking lots to add to the fruit bowl. Next year we will do all manner of apple related preserving and baking and storing. 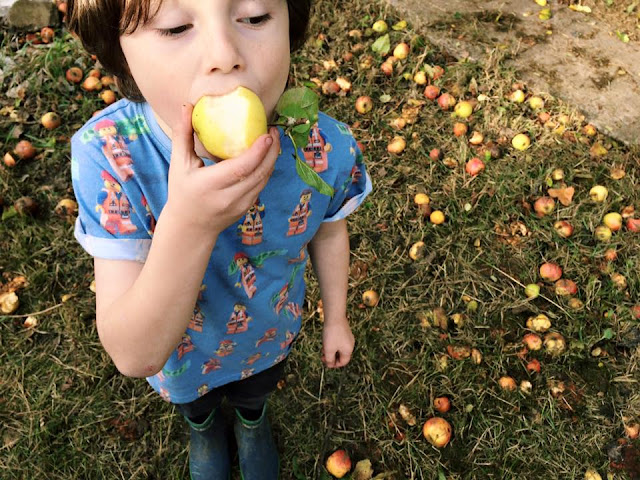 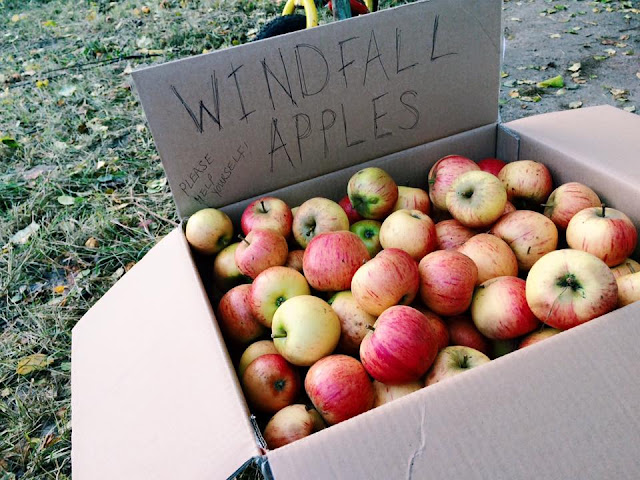 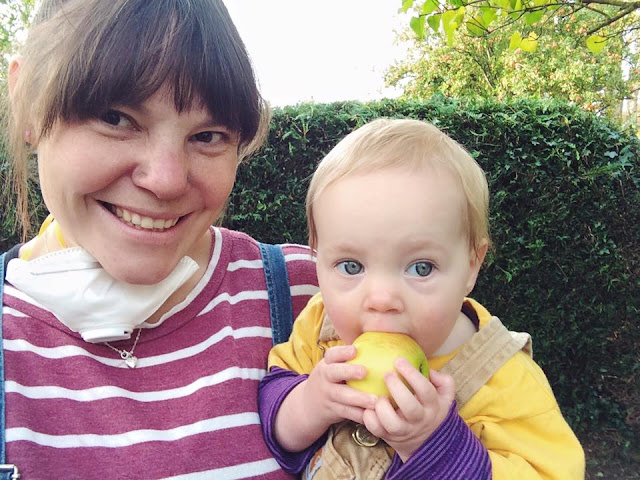 I'm hoping to get most of the rest of the wallpaper stripped this weekend, then we're pretty much done until the tradesmen have been and done their bits, before the mammoth decorating task begins!