Menu
Cart 0
I have been a huge Oliver Jeffers fan long before I had children of my own to read the books to, so when I was asked to review his latest book, Imaginary Fred, written by Eoin Colfer I jumped at the chance. Since I have had children of my own, Jeffers' books have filled Milo's bookshelves. I have to admit we haven't read any Eoin Colfer yet, though I did read some of the Artemis Fowl series back when I found myself (briefly) working as a school librarian and I suspect these will definitely be a series Milo would love. 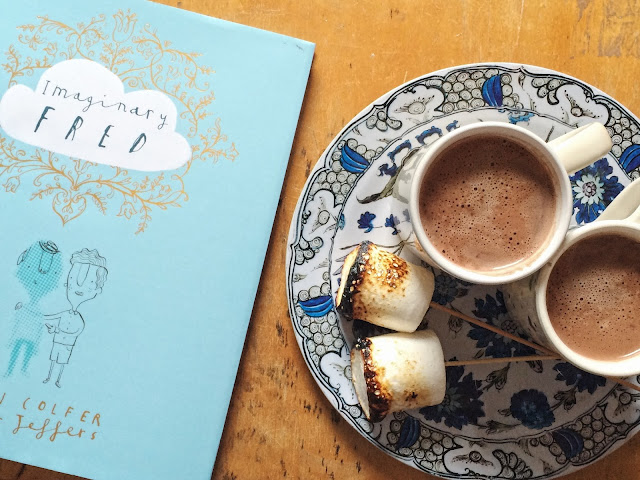 Everything about this book is beautiful, the duck egg blue cover with gold embossing is wonderful and as you would expect from Jeffers, the illustrations are just delightful, but it's the story that we really really loved.

Milo was reluctant to read this book at first, but I think that's partly down to him being at that crossover age, somewhere between picture books and chapter books (as he calls them). However once we got started he loved it.
As the title suggests it's the story of an imaginary friend named Fred, who appears to those in need if the conditions are just right, but Fred rarely gets to hang around long, as as soon as the 'real' friend finds themselves another 'real' friend, he disappears and waits up in the clouds until someone else needs him. Until one day he finds a real friend who is everything he wants from a friend, the pair are so close but of course Fred knows only too well that it won't be long until he begins to fade away. 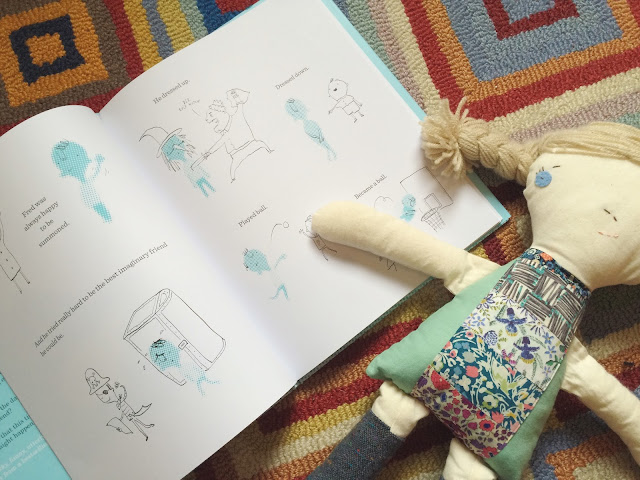 It's a really touching story of friendships and they way that they change and alter and how that can be OK. As someone who had an imaginary friend as a child, I guess this book really appeals to me, Milo too had a brief friendship of the imaginary kind, with Merida an Italian princess who lived in a castle. He also often referred to the 'guys' who were coming round to play or taking him out somewhere. It's been a long time since his imaginary friends faded away, but it was nice to remember them together.

We really love this book and thoroughly recommend, whether you've been lucky enough to have an imaginary friend in your life or not. The book is out now and can be found here.

Harper Collins are currently running a competition in which you can win your very own story of your imaginary friend written by Eoin Colfer and illustrated by Oliver Jeffers. You can enter over here where you will also find an activity sheet and a poster to accompany the book. 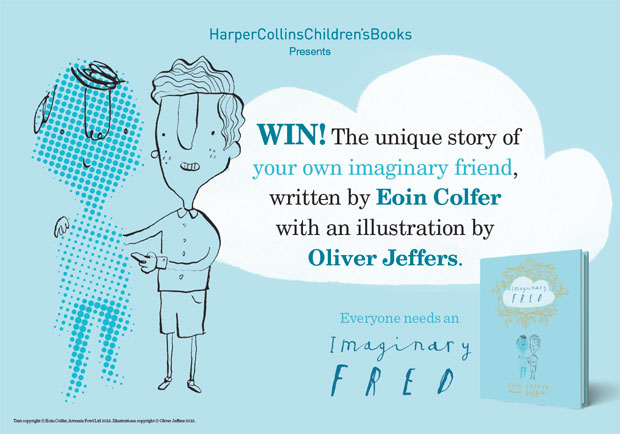 **We were sent a copy of the book to review but all thoughts are completely our own.