Menu
Cart 0
The lovely Miss Effie, turned 8 months old a couple of weeks ago. The same week she also cut her first tooth (finally!). I was so sure that tooth was coming months ago. We've had days of grizzliness, red cheeks and the desire to chew everything in her path off and on for ages. Of course the week it actually decided to make an appearance there was no sign it was coming at all. She now has a little stub of tooth on her bottom left, it can just about be seen if she lets you take a glimpse inside her mouth, but it's definitely there and I don't think the one next to it is too far behind. 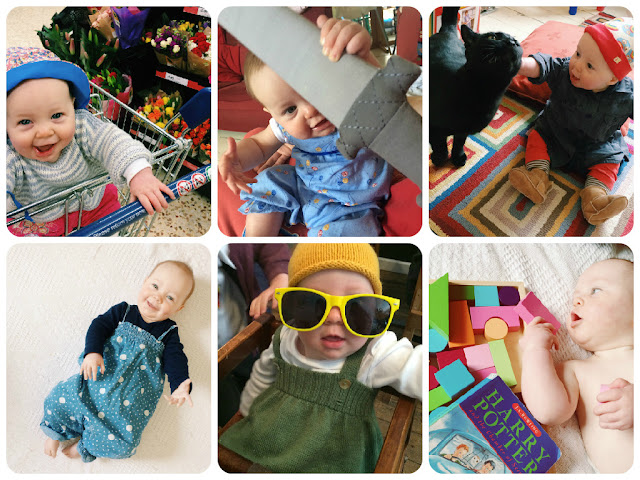 Weaning is going well, she now has 3 meals a day and eats very well at all 3! Just like her brother, she would sit in her high chair all day eating if you let her. She's just dropped one of her milk feeds, so now has 5 a day. I'm not sure if this is a normal amount for an 8 month old or not, but it works for us. She's maintained her morning nap, though will hold out a bit longer if we go out, though normally she wants to be going down around 9am, especially as she's taken to waking up at 5 recently.

She's really starting to make a lot of noise. She knows what she wants and isn't afraid to ask for it, loudly. She says 'at' (cat), which is probably her only word really, she loves that cat and he loves her, if only he could be trusted to behave himself. She does say 'dada' though I don't think she really means Daddy, it's just a sound. No mmm sounds yet, so of course no 'mama' yet, but I'm sure they'll be plenty of that in time! She has also managed 'ilo' (Milo) a couple of times, she says it in a really cute whisper whenever she does. 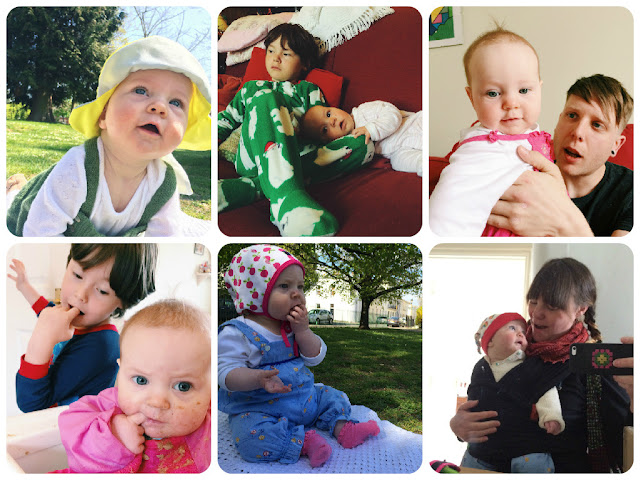 Crawling is progressing, but she's still reasonably contained by her lack of ability. She can go forward now, but not very efficiently. Though if there's something in front of her she really really wants (my phone, the laptop, an electrical wire, you know all the safe stuff) then she will get there one way of another.

She's simply lovely though, so social and charming and deliciously cute!