Menu
Cart 0
We had such a good time at Wychwood Festival this weekend, it's so nice to have a festival like this right on our doorstep. The weather was wonderful and much fun was had by all!

Despite it being a local festival we've never attended in the 7 or so years we've lived in Cheltenham until now. I wish we hadn't waited so long! We woke up on Friday morning full of excitement, only to discover heavy dark clouds and torrential rain. Needless to say at this point we were very pleased we had decided not to camp! Our plan had always been to wait until after Effie's morning nap to walk up to the site and fortunately once she had woken up and we had packed up our bags ready to head off, the clouds had lifted and the sunshine was glorious. I was really concerned that the floods of the morning, would have left the festival site a mud bath, but once we arrived I realised this wasn't much of a problem. Most of the site is made up of actual, proper, concrete type foot paths. Much relief to myself and Milo who currently have zero wellies between us. 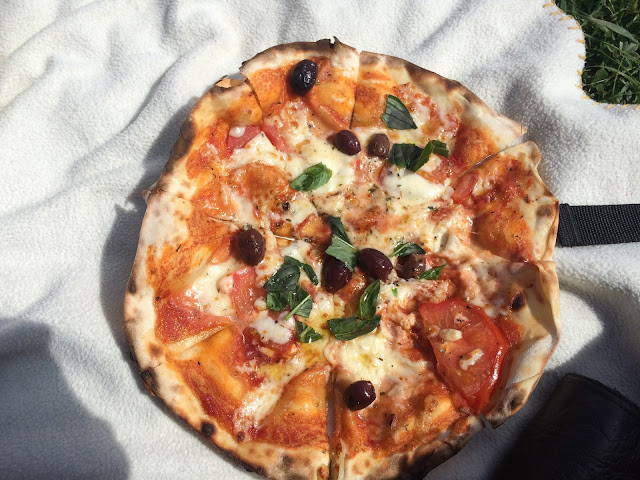 First stop was lunch, we found a great stone baked pizza place, the price was reasonable, the queue super short and the wait time very quick indeed. The pizza itself was also delicious. We listened to some of the music from the main stage whilst we ate our pizza and talked about what we hoped our day would entail. Tummies filled we headed off for some exploring, well there wasn't much exploring to do, the site is tiny. Compared to any festival I've attended it's at least a quarter of the size if not smaller than any of them. However don't let this put you off, for a family friendly festival this is actually perfect in many ways. You don't have to walk miles up and down hills to get to different tents and I felt that Milo was perfectly safe the entire time.

One thing I would say is that the signage isn't especially good, both inside the festival and on the way in. In fact as we were approaching the racecourse and even upon arrival I was starting to fear I had got the wrong weekend. Eventually we spotted a couple of very small (A4) sized posters with simply 'Wychwood Festival' and an arrow on them. Whilst inside there didn't seem to be much in the way of signage at all. Being as it's so small this obviously isn't a huge deal but it would have been nice to have an idea of where we were going (I didn't buy a programme, so it's possible these had maps within them).

There were loads of fun things to keep both Milo and Effie entertained (not that takes much to entertain Effie). There was a great craft tent, full of tables with various projects to join in with, including screenprinting, knitting, mask making and painting. There was the fabulous, Rig, an array of musical constructions, where the kids can make a lot of noise. A croquet lawn of sorts was laid out for anyone who wanted a game. Milo really enjoyed watching people take part in the slacklining though wasn't brave enough to have a go himself. Waterstones had a tent, one side of which was a little shop, the other held workshops, we dropped in a couple of times to join in with these, but found not much really going on and didn't feel especially welcomed in by the staff, but this may have just been unfortunate timing on our part. 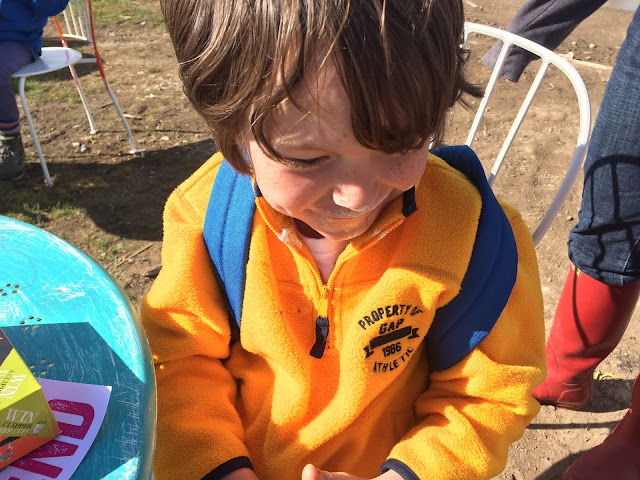 We bumped into one of Milo's school friends and his family on Friday afternoon and together we headed in to watch Graham Jones talk about his book, Time Travelling Toby and The Battle of Trafalgar. This was really enjoyable and educational and Milo really loved it, especially as he got to hold a big sword!

Music-wise, I know better now than to plan to watch too many bands, it just doesn't always fit in with what Milo wants to do and though he does really enjoying watching bands too, I want him to have an nice time, so mostly we just go with the flow. Some of the bands we did catch and really enjoyed included Songhoy Blues (everyone's favourites), Dreadzone and The Edwin Starr Band. However the whole atmosphere was so relaxed and laid back and as the venue was so small, we never felt rushed and that we needed to be somewhere at a certain time. The gorgeous weather certainly helped. 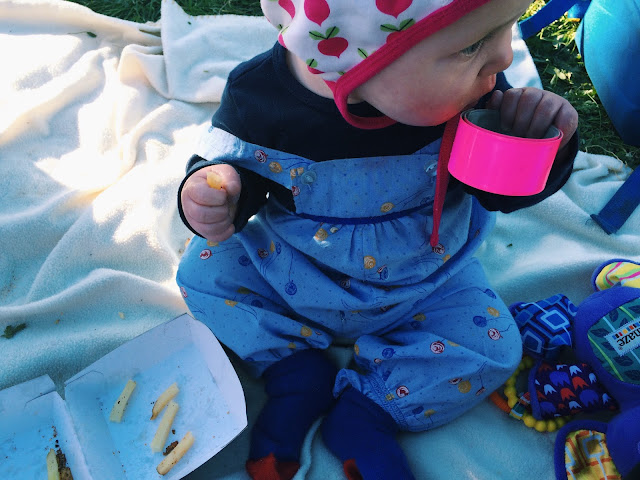 A few other points, the toilets were very good indeed. I know festival toilets are a hot topic! I was really impressed though, rarely any kind of queue to talk of and all very well kept. Food wasn't much to shout about. For a family friendly festival the lack of any kind of fruit stall seemed like a big oversight. I struggled to find much in the way of good food for any of us. Though the pizza was wonderful, no one wants to eat pizza all day everyday (well my other half probably would having said that). The range just seemed a little disappointing to me and more reminiscent of festivals of old rather the kind of food we've come to expect more recently. Although it is possible we were just massively spoilt by Camp Bestival last year, who's variety of food stalls was exceptional. We did eat there and everything we did eat was nice enough, but it could definitely be improved upon. In fact on Saturday night we opted to head home early in order to eat at there instead.

Apart from that though, we had a fabulous time and really enjoyed ourselves. It's definitely a small festival but well worth a visit, especially if you have little ones. I think it would be a great festival for your first with kids to give you a taste of how different festival times with little ones is without the worry of a vast, sprawling, busy location.

I failed miserably at taking photos, but I did take a little bit of video footage ::


wychwood from vicki brown on Vimeo.

We were given our tickets so that we could review the festival but all thoughts are very definitely our own.