OK please stop rushing by now!
How can my baby girl be sitting up, desperate to try some food, jabbering away, spouting teeth and generally being much too grown up and gorgeous for her own good? 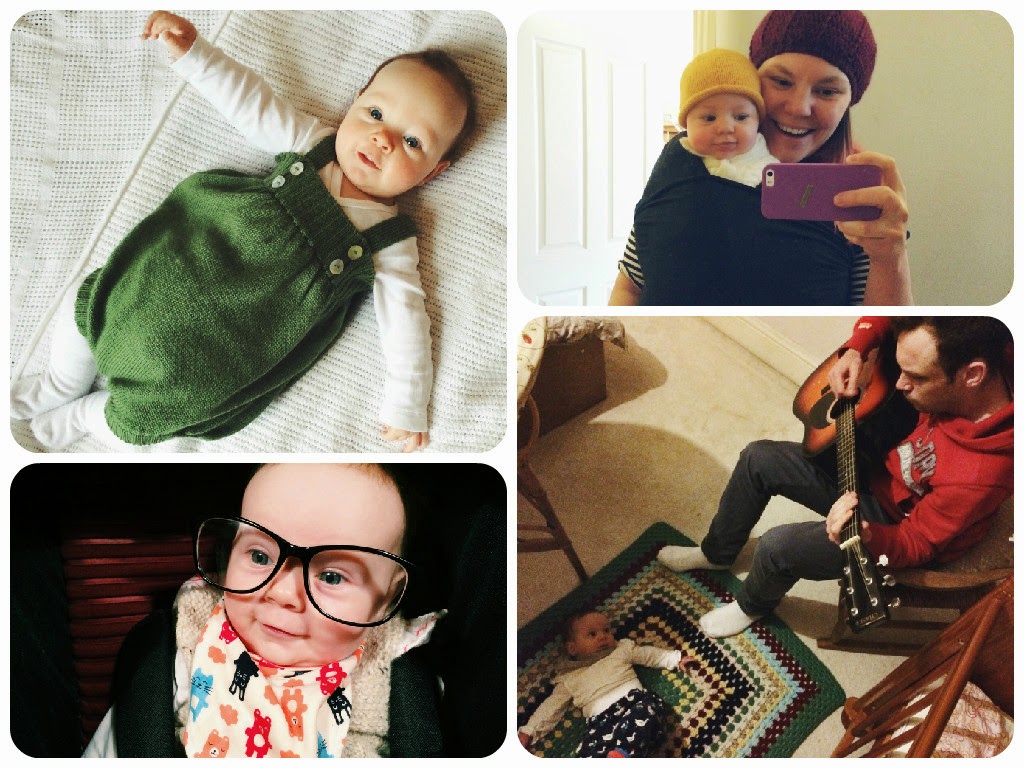 As far as sitting up goes, she's pretty much got it nailed, but still often slides to the side, especially if concentrating on chewing on something and once she's down lacks the skills required to get herself back up again. On the plus side she's going to have some spectacular abs with all the attempting to get herself up she's doing. 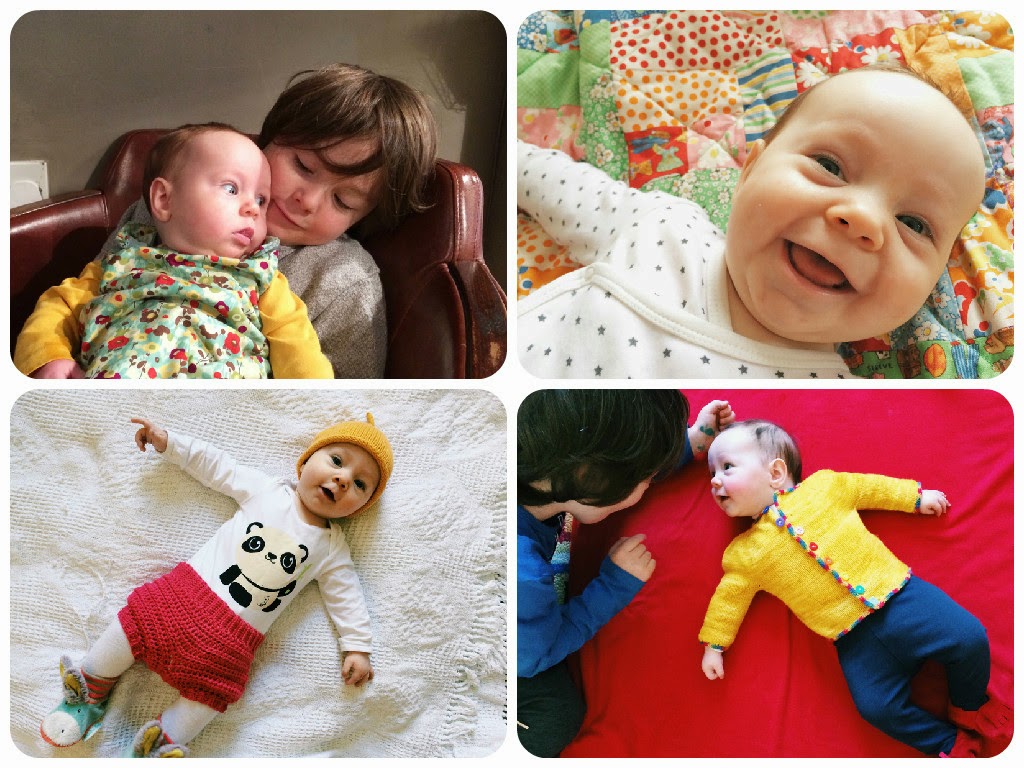 Teeth are coming, but slowly. One appeared a few weeks ago, I swear it was definitely there, I felt it in all it's jagged sharpness, but it seems to have since retreated. Meanwhile she's drooling bucketloads and chewing on everything. Current favourite things to rub between her gums are her little Sophie la Girafe and my gorgeous necklace from Chapter One. Teeth can be felt, oh so, close to the surface around her entire mouth, so I'm hopeful we'll see some soon, but I know they can take forever. 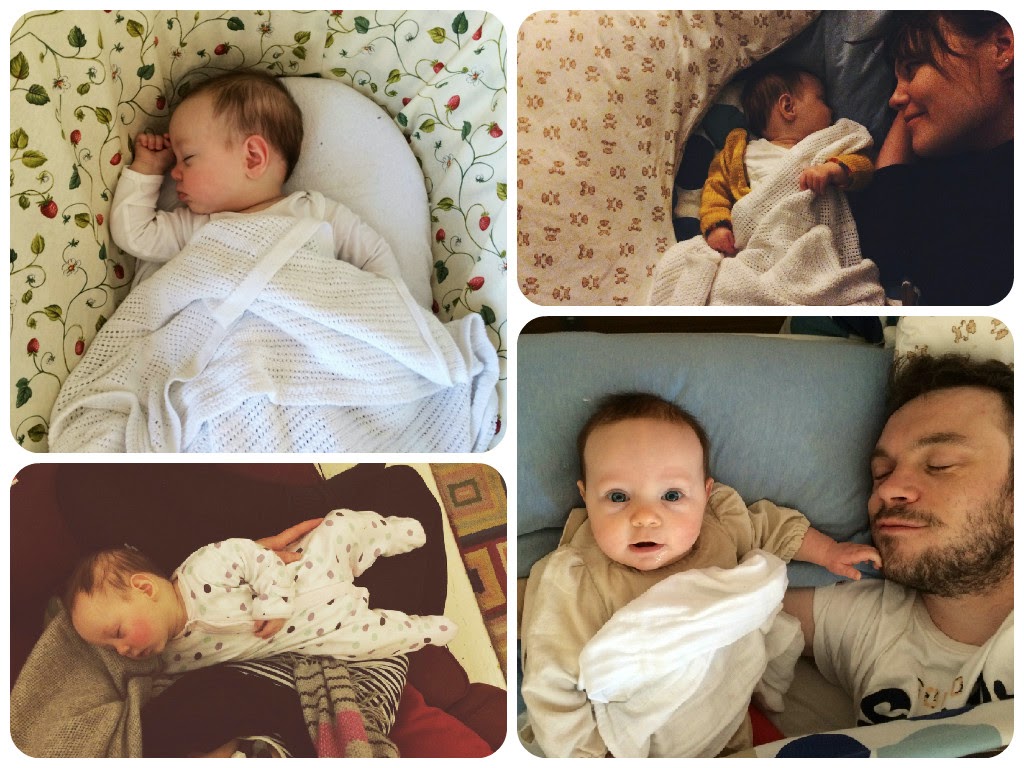 I very much wanted to wait to 6 months for weaning, preferably longer really. Having finally had the breastfeeding success I missed out on before I'm not really ready to start introducing the prospect of 'other' food, but Effie has other ideas. I will do baby led weaning, without a doubt, so I need her to be a little better at sitting yet, but she really wants to start NOW! She watches so intently when you eat or drink and has begun swiping at your food or hopefully lunging forward open mouthed. We've been having her sit in her high chair at mealtimes with us this last week and providing her with empty cup and spoon, which she does enjoy but I'm certain she knows she's missing out on the good stuff. 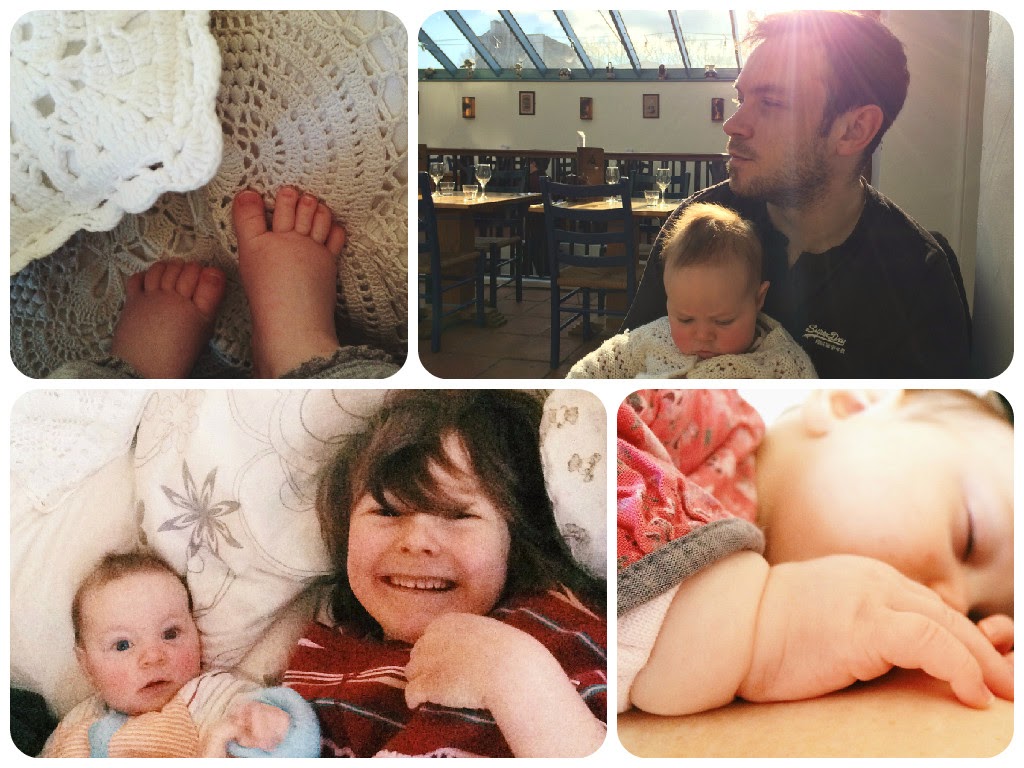 She is so much more aware and interested in what's going on, she seems to recognise familiar people now, though she's very much a people person anyway. Travelling to and from Norfolk over this past week she made so many friends on the trains with all her smiles and 'talking'. She loves blowing raspberries and taking sharp intakes of breath which make you worry she's struggling to breath!

She's pretty good at sleeping at night these days, going down sometime between 8-10 and sleeping through until 7-8, occasionally waking once in the night but going straight back down after a feed. Daytime naps aren't quite so regular, she usually manages one long one at some point, but we don't really have any routine yet, I'm trying to establish one, but finding it super tough, because I'm too much of a softie to leave her to cry. 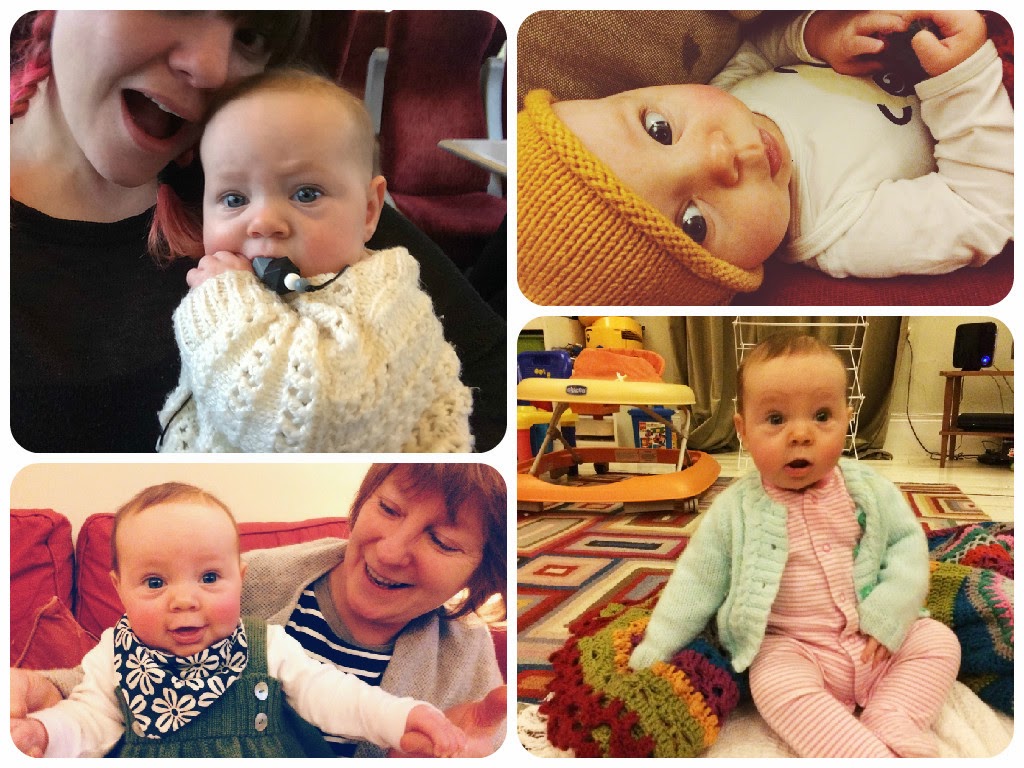 Generally everything is great, we had a visit to the doctors this month, because I noticed she has one pupil massively different in size to the other, only really in artificial light, but it is very obvious, especially as her eyes are still pale blue. The doctor wasn't sure as she'd never seen anything like it before but the paediatrician reassured us it's perfectly OK, just one of those things some people have.

Can't believe she'll be 6 months soon enough, halfway to 1 year. It's been such a wonderful 5 months so far, she really is a fabulously, delightful baby.