Menu
Cart 0
It feels like we had a long weekend this week, because Friday seems to have added itself on to the beginning there. As it was half term, Halloween and the mr took the afternoon off work, Friday definitely merged itself into our weekend.
Milo had his best friend stay over on Thursday night for the first time. He's been to others for sleepovers but never had one here before so as you can imagine there was much excitement and not much sleeping. Friday morning I prepared ghostly pancakes for the sleep deprived monsters! I thought they were fab (super simple too, I just made a ghostly shape with the batter and added currants for the eyes and mouth). Cries of 'errr what's the black stuff' were shouted in unison when they were presented and then they both proceeded to remove the eyes and mouths, but it's the thought that counts right?!
Friday afternoon Milo had a Halloween party to attend. So he got to don his 'man eating spider' costume a little early. Not wanting Effie to feel left out I whipped her up a little ghost costume in the morning. The party was great fun. Milo had a fabulous time, lots of halloween inspired party games and sweets! 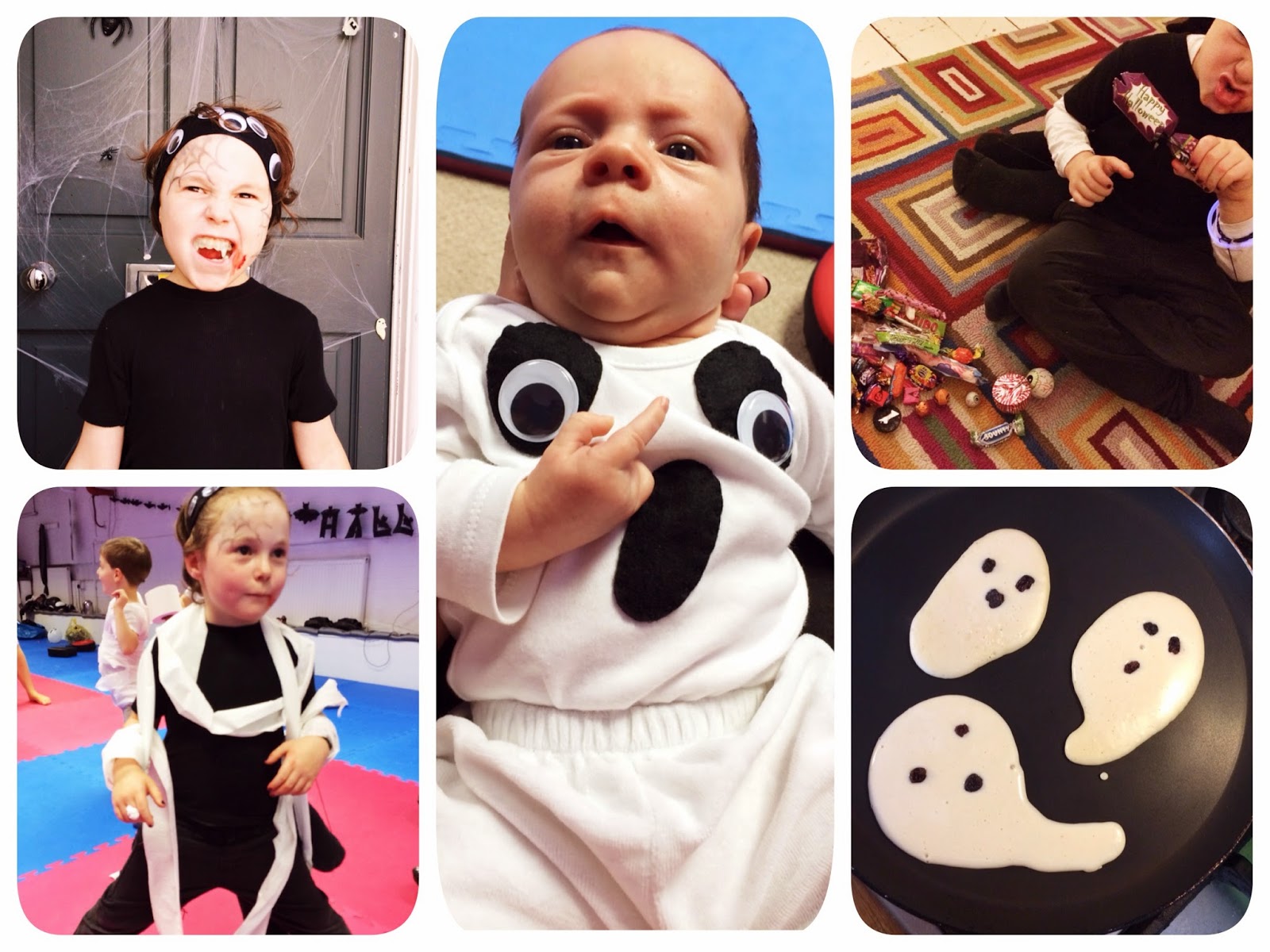 After arriving home there was just enough time for a bit of supper before heading out trick or treating. We're so lucky to live on a really friendly street with lots of families.
There's always lots of houses taking part and we get together with some of the other boys on the street and they have a great time. I've read a lot this week of people who are really opposed to the whole trick or treating culture. Personally I love it. Having spent every Halloween from age 6-16 in the states for Halloween, it was a big holiday for me growing up. My sister and I dressed up every year and traipsed the streets with hordes of American children, it was so much fun and I felt that sense of community even then.
I understand however that it's not for everyone, as a child the rule was always 'if the porch light is off you don't knock'. It always seemed a pretty strict rule to me, certainly one you didn't break. The rule we give our boys is, 'if it has a pumpkin you can knock'. We never ever knock on doors without. Personally I'm so pleased it's become a bigger thing over here and I hope it stays that way. 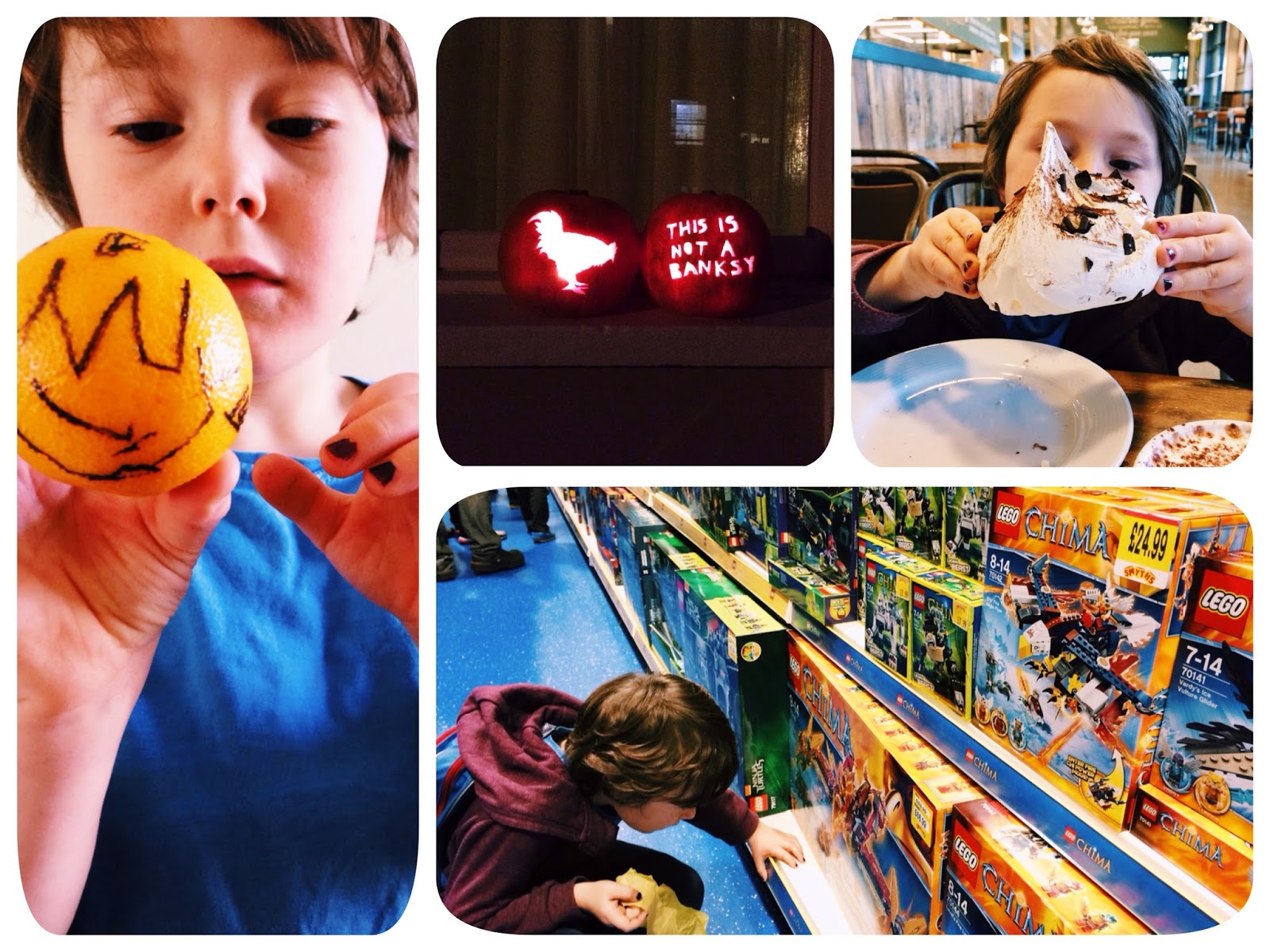 On Saturday we headed up to the grand opening of Cheltenham's new toy superstore 'Smyths'. Milo was so excited by this prospect and I don't think he was disappointed! As soon as we walked through the door he came face to face with a huge wall of lego. He shrieked with excitement. It was nice for him to see all the really big sets he's been adding to his Christmas list, in the flesh. He was physically shaking with pure joy on seeing the Simpsons house!
After that a quick pit stop at wholefoods, where Milo consumed at meringue the size of his head before heading home for a supper of Moules Marineres and left over reheated pizza! 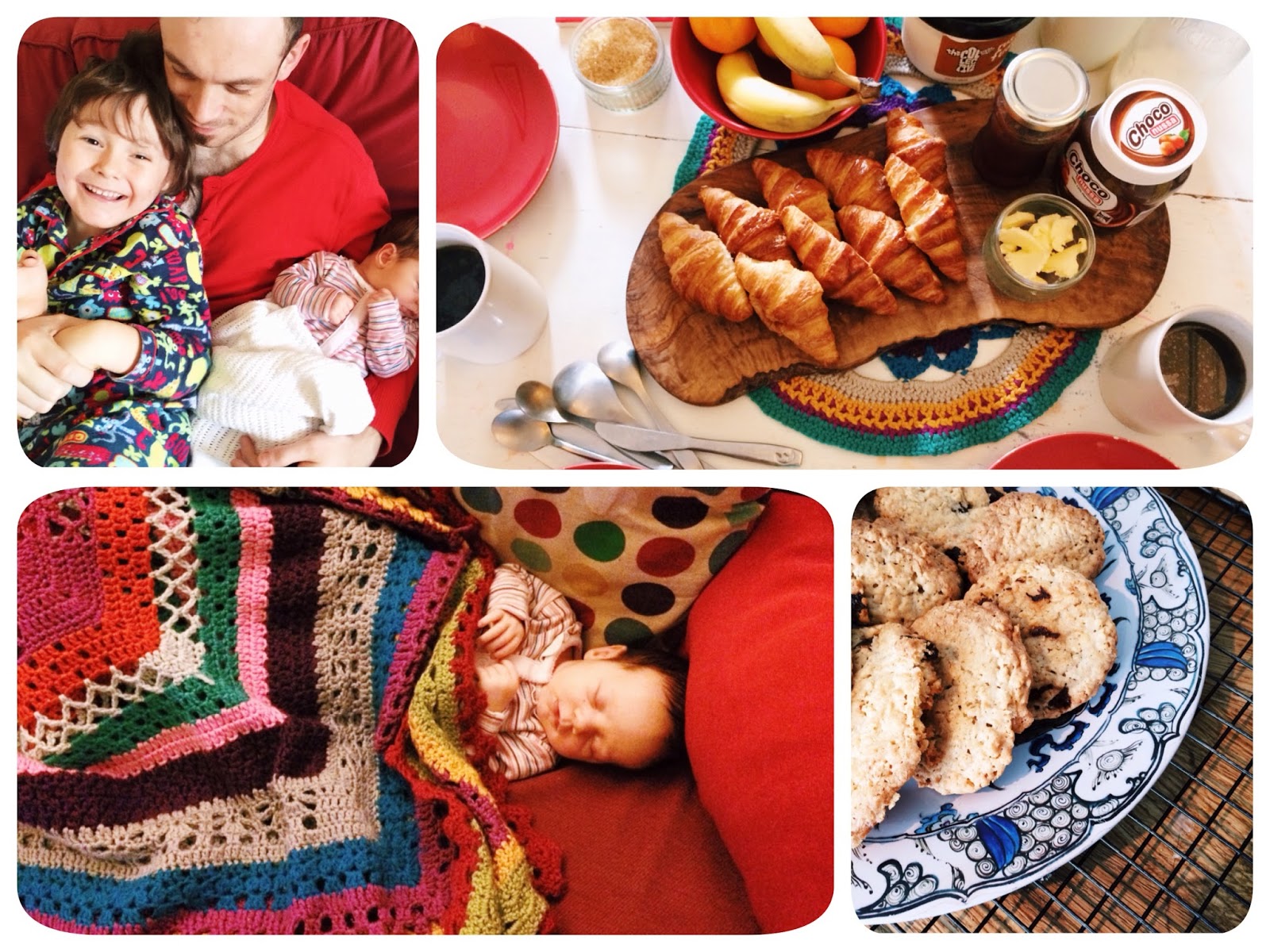 Sunday was super quiet for us, I don't think any of us left our pjs all day. The boys worked hard on sorting the lego collection whilst I baked cookies and attempted to sneak a little knitting in here and there.
All in all it was a lovely one.