Menu
Cart 0
Ooooh, what a naughty absent blogger I have been the last couple of weeks, I've been keeping myself busy with seeing friends, watching bands and drinking lots. Because of these vices I have also been very slack on the crafty front I'm afraid. However I do have some little needle felted creatures to show which I made quite some time ago now.

The grey creature on the left is supposed to be a squirrel but came out more like a mouse/rat!My favourite was the little bunny but he has already found himself a new home.

Graeme finally signed his record contract last week and has since been off all over the country playing shows and has now gone to Leicester to record the album. They did play a show in Oxford on Monday though which (although I may be slightly biased) was amazing! I have some pictures here.

Since Graeme is away I've decided to rearrange the house! Starting with the lounge. When we moved in we painted everything white (it's a very old house with tiny windows!) and then went for a red theme in the lounge. I don't like it anymore and have decided I'd rather an old, quaint mish mash type feel. After all our house is old and kind of mish mashy itself! So today I have been tidying rearranging and hunting through charity shops, I still have much more to do but here are some pictures of how it's going to far. 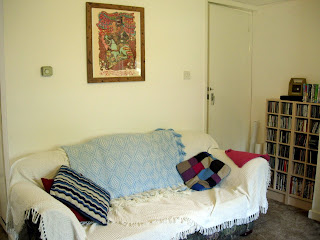 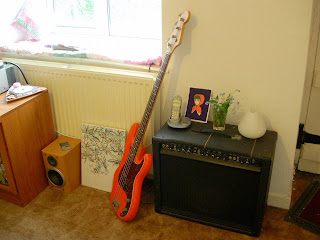 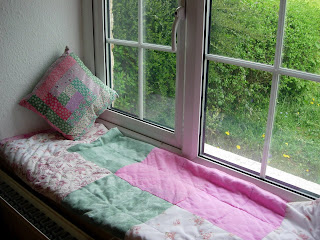 I'm particularly pleased with the little window seat I created! I made both the quilt and the cushion myself. I plan to make lots more cushions just like this one to scatter around. Here's how I've been getting on so far.

And some other things that made me quite happy! 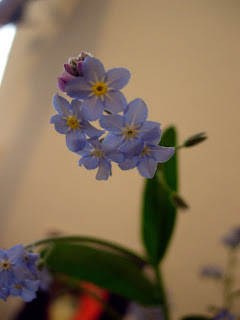 Some flowers from the garden. 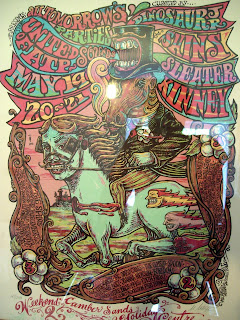 A print from All Tomorrows Parties last year. I didn't like it at first, but after finally getting round to framing and putting it on the wall, I've become quite fond of it already! Sorry about the glare.

Happy weekends to all!