Menu
Cart 0
This week has been a bit slower than the others. It started well, with a weekend of lots of hard work (Milo has been mostly busy his vegetable patch!), but ended badly with a few missed days and the discovery that the ancient electrics have decided to stop working. We do of course have an electrician booked in at the end of the month for a complete rewire, but in the meantime that means no wallpaper stripper, no sander and not even any hot water for cleaning. So basically there's nothing we can do for the time being. Fortunately my lovely electrician has said he can come and have a quick look next week incase it's a simple fix, to at least give us power until the full rewire is done. The plumber is booked in before this and I fear we'll have to reschedule that if the electrics are still playing up. 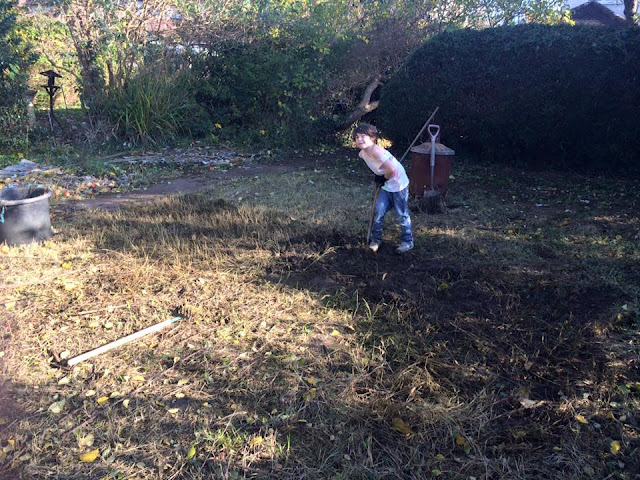 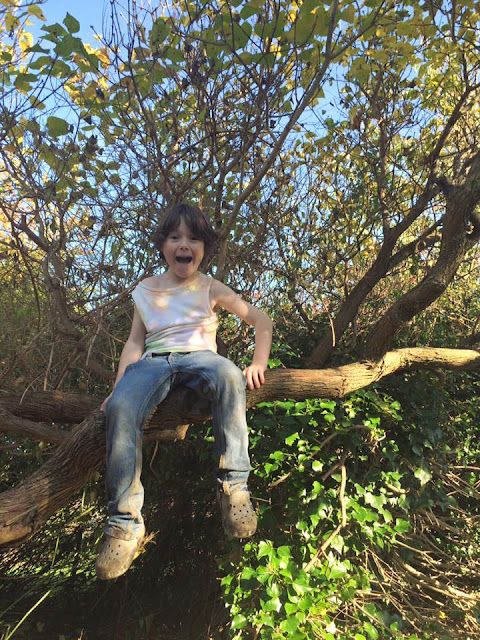 We also discovered that the wallpaper in the hallway appears to have been applied with superglue or wheatabix or some other ridiculous substance that is clinging to the walls after the paper has been removed. I was trying to strip it right back but I'm taking the plaster with it unintentionally quite a bit, so now I've decided to try sanding it down instead, that seems like a safer option, I'll let you know how I get on once the power has returned. 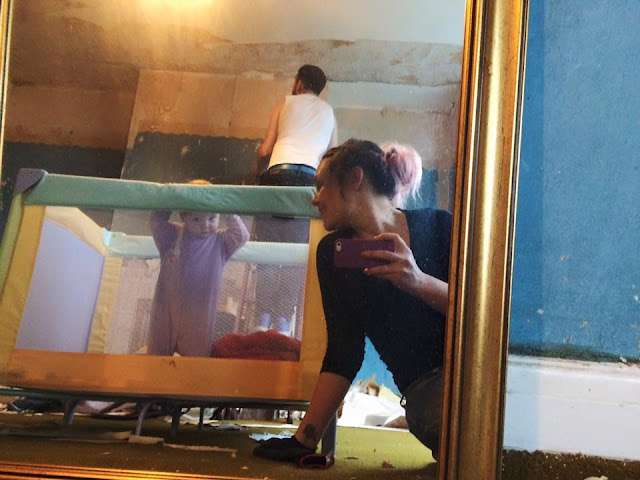 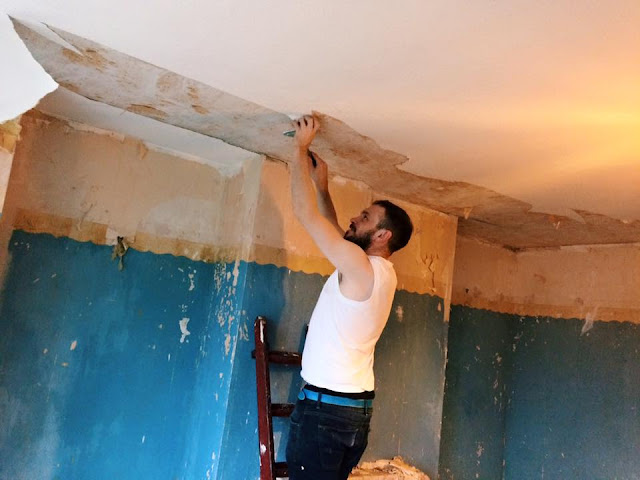 In other unfortunate wallpaper news, as I moved on to the final room to strip of wallpaper, all excited and arrogantly declaring 'this room is pretty much done, won't take any time at all', I discovered that what I originally thought was the wall, is actually a whole other layer of wallpaper thickly covered in paint. Seriously this house has made me despise wall paper and all those who use it! 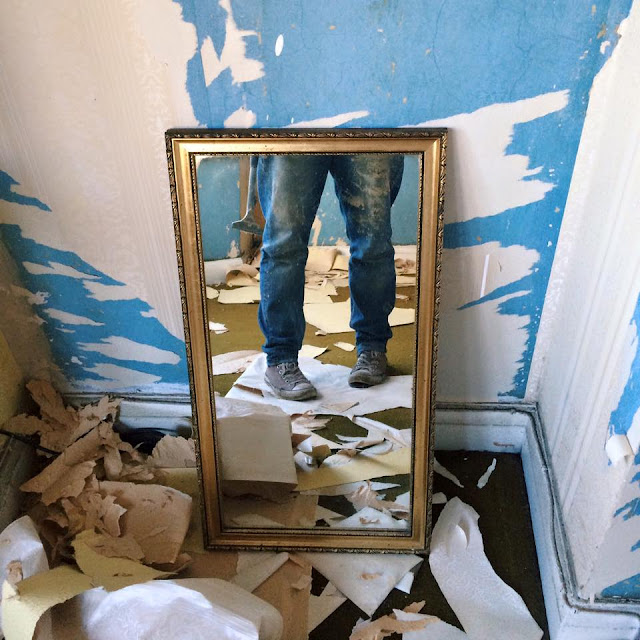 In good news, there was some at least, all tradesmen have confirmed start dates and it's looking promising that all will done by Christmas. Not only that the electrician has said that we can (probably) keep our original light switches after all. I could have cried with joy when he told me. I'm so glad I persevered and researched after he originally said it wouldn't be possible. 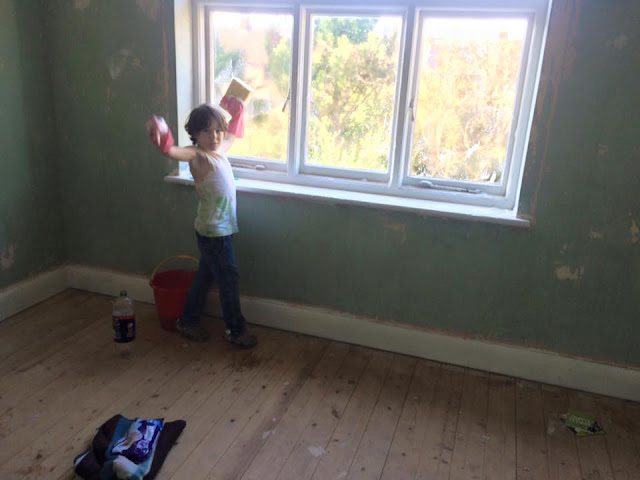 Trying to remain positive and upbeat and putting all glumness down to the dreadful weather we've had this week. Fingers crossed for electricity returning and lots of work next week.