Menu
Cart 0
When it comes to nappies, we're pretty much stuck in our ways I'll admit. I tried so many different cloth varieties when Milo was a baby and one thing I learned quick, is that pretty doesn't usually mean efficient. We love motherease one size, which I tend to pair with Tots Bots wraps, this combination came to be as when I bought my stash of motherease off eBay, they came with a couple of Tots Bots wraps, they worked, there didn't seem much need to mess with that system. I have all manner of all in ones and pocket nappies, we use them occasionally but I'm always wary of leaking, because they so often do and nobody wants leaky nappies. There is one downside of my beloved motherease, they are massive! Especially on my wee little dot, as she grows they'll of course become less bulky, but at the moment, she does look a little bottom heavy. 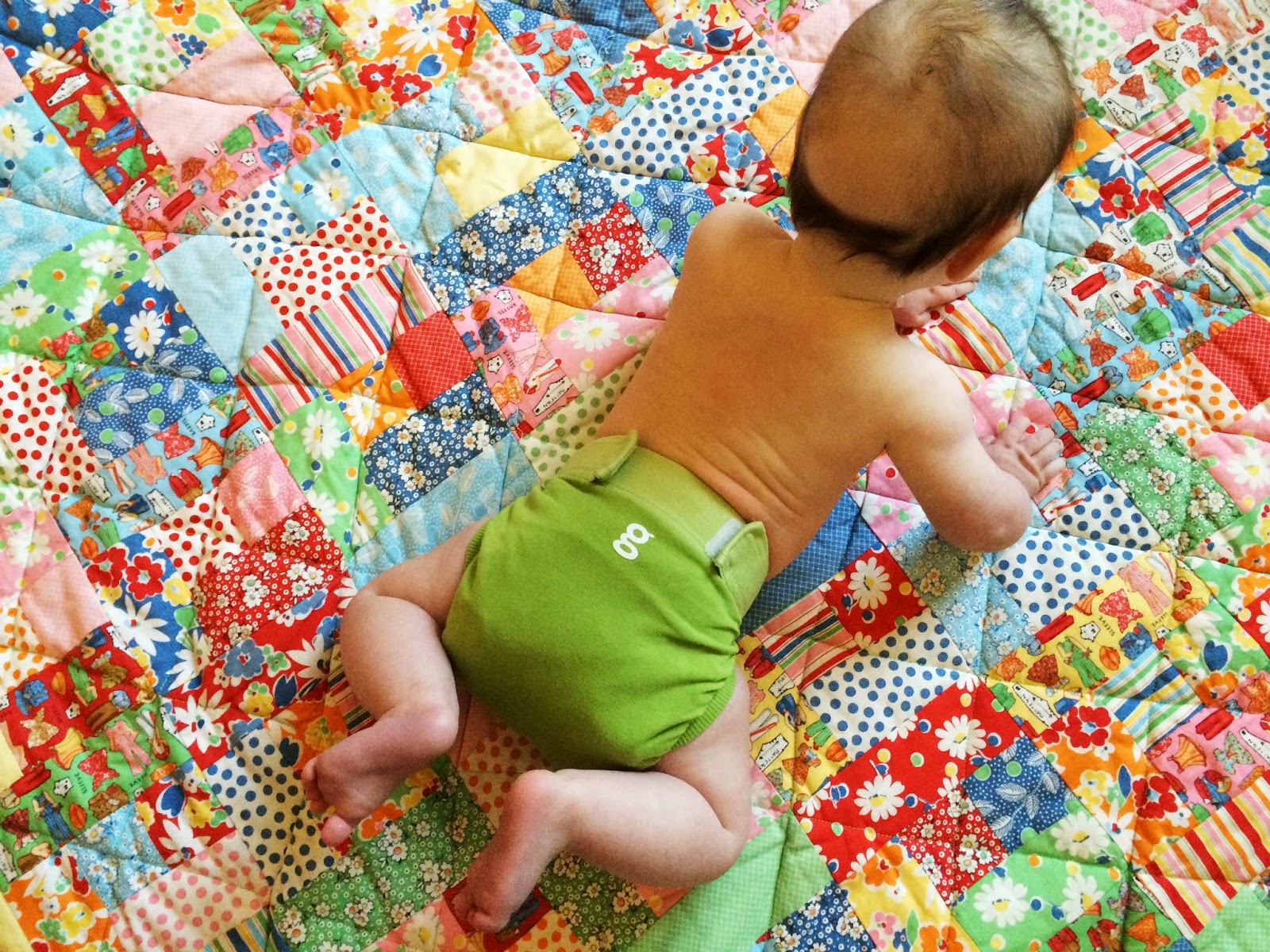 I've had my eye on the gorgeous gNappies for a while now, so many of the lovely mama's I follow on instagram use them and they look so slim. I also really loved the look of the soft cloth cover. So when they offered to send me one to try out I jumped at the chance.

gNappies work as both a disposable or a reusable nappy, depending on the type of the insert you decide to use, the outer (the gPants) are reusable and you get two types of insert, disposable and washable. The benefit of using disposable nappies this way is that they're compostable, there's a lot less washing than full cloth and to be honest if you're not doing nappy washes anyway I have no doubt you can just pop them in the wash with the rest of your clothes. So far I've not had any incidents where the pants part has been especially dirty. Then you can simply compost the disposable part (wet only). This is fabulous, because anyone with a compost heap knows the best way to get that compost heap composting is by adding some wee to it! So I'm hoping adding the nappies will have the same effect!

I haven't used the cloth inserts so I can't comment on them, therefore my all my opinions relate to the disposable inserts.

When the nappy arrived I was thrilled with the look of the pants, I know it's silly to be concerned about the aesthetics of a nappy, but people really really do get quite emotional about these things. I opted for green and it's a lovely shade. The feel of the outside of the nappy is lovely and soft. I was surprised at how massive the disposable inserts looked compared to the pants, I couldn't see how it would be possible for them to fit. But they do, and perfectly nicely too. With the pants part of the nappy you get an outside layer, which is soft jersey type fabric, with two fastenings on each side, these do up at the back of the nappy and the two little bits of velcro are fabulous. One thing I find really tricky with Effie's one size nappy wraps is getting them tight around her leg but not super tight around her tummy. The two tabs on the gNapppies make this problem much easier.
Then within the pants part you have a kind of hammock, I guess we'll call it, which is plastic, this is where the insert goes. Overall the nappies are super easy to use and put together. This hammock is also removable and you can buy extras, which would be super useful and save you a lot of washing. 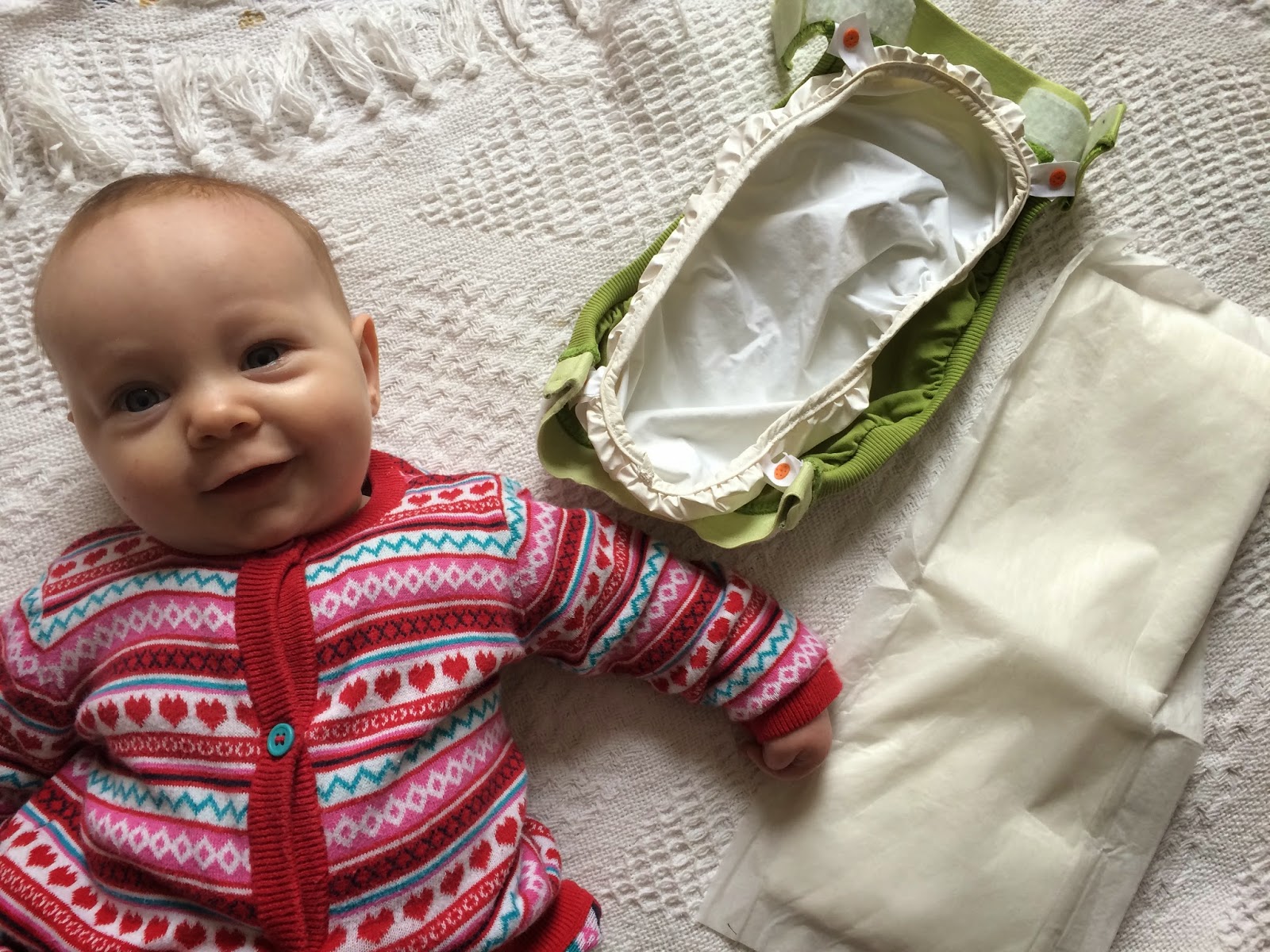 As for wearing, the nappy fits perfectly, I guess this is the benefit of having sized nappies rather than one size, and it's so slim. Barely any bulkier than a disposable. It's also quite a lot lower on her tummy than lots of the cloth I have.

It took me 3 attempts at her wearing it for me to get a photo of her doing so, because she managed to fill it all 3 times almost immediately after I put it on her! I was really wary of leaking, because the first ever cloth nappies I purchased for Milo back when I was pregnant with him, were the Mothercare ones, which also came with a disposable insert option (I don't think they do these anymore). Those were terrible for leaking and almost put me off cloth for life. However so far, even though she's tried with all her might, the gNappies have not had any leakages for Effie. I'm so impressed with them. The little hammock bit does a fantastic job of holding it all place. 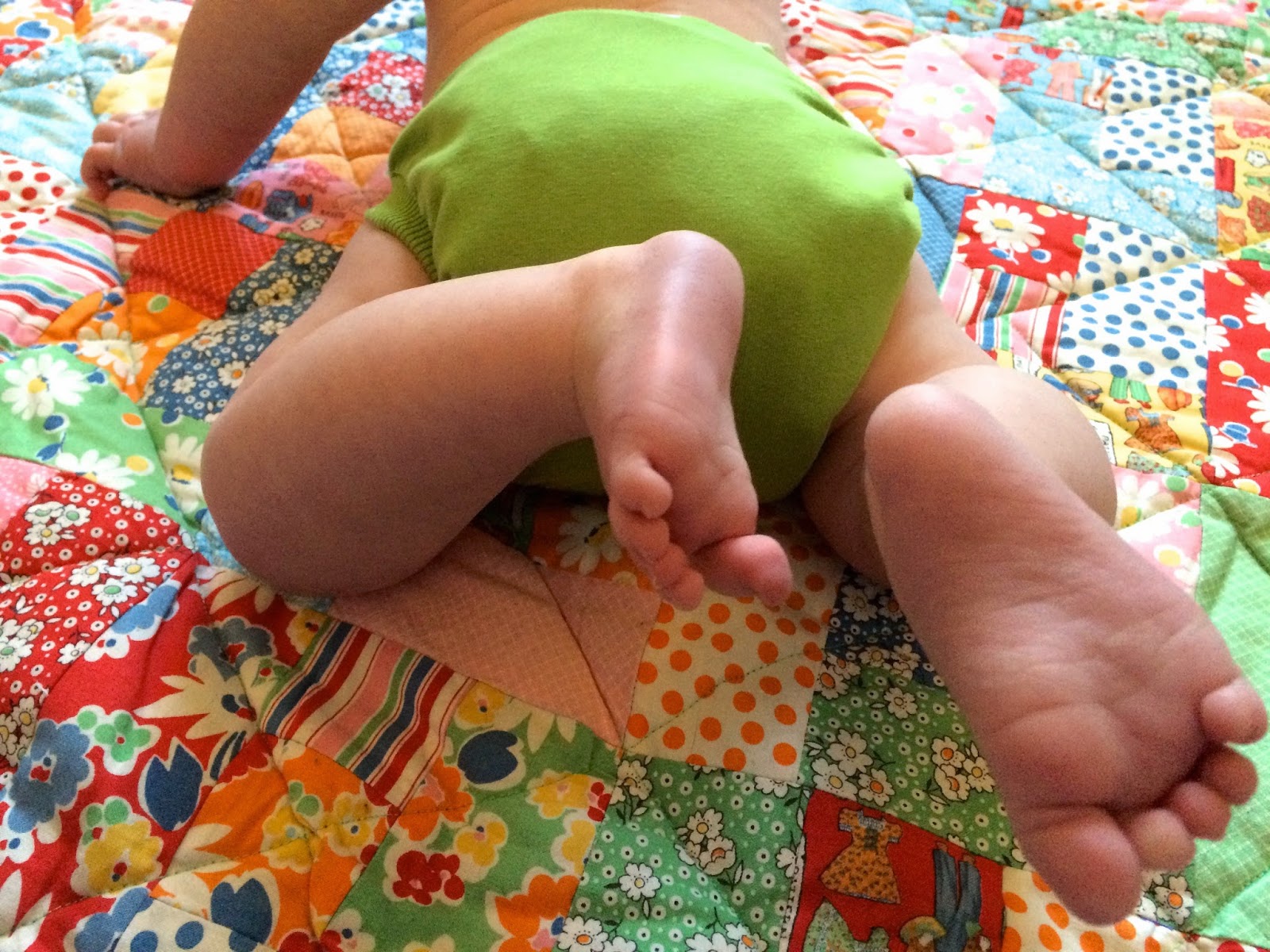 Overall I'm massively impressed with these nappies, I would definitely recommend them as an alternative to disposables. We're still using disposables overnight and I'm seriously considering switching to using these instead, they'd also be great for going away. In terms of cost they're definitely not the cheapest option, the disposable inserts work out at just over 22p each, plus you have the added cost of the gPants, which come it at 14.95 each and you'll need to add to your stash as your baby grows. However as with most cloth nappies I expect they have good resale value. For comparison purposes, the Naty nappies by Nature Babycare which are 70% biodegradable (but not compostable as far as I'm aware) come in at just under 22p a nappy and you don't have any added costs. However if you don't like the idea of adding more unnecessary waste to landfill but don't feel you can take on the washing cloth nappies involve, this is a fantastic solution. I shall definitely be adding some more gPants to our stash and trying out some of the washable inserts.
**we were kindly sent a pair of gPants and some disposable inserts to review but all thoughts are our own.