Menu
Cart 0
I'm not going to lie, knitting for my children is one of my greatest pleasures. What could possibly be more rewarding than devoting your time to a craft you love and producing something to keep your loved ones warm? However over the last few years Milo's been very much against me knitting anything for him. Anything garmenty anyway, he did ask me to make him a hitchhiker last year, which I very obligingly did. So it was an especially heartmeltingly lovely surprise last week, whilst sat in the hell that is Clarks two weeks before school goes back discussing school uniform shopping, when he tells me; 'you can knit me a jumper if you like'. Oh my! He actually requested I knit him something, completely out of the blue, without any kind of encouragement. 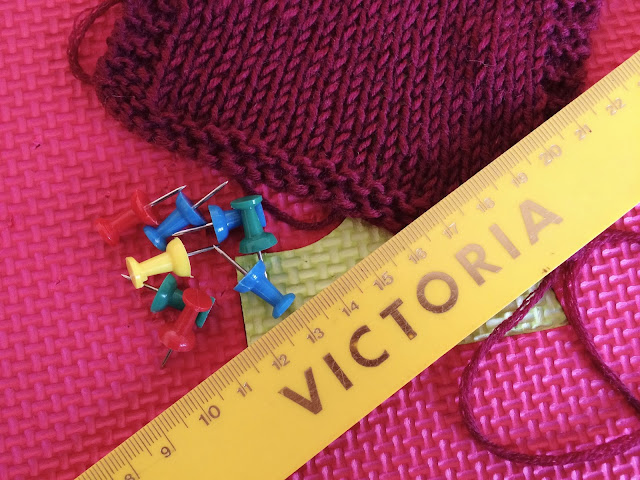 Of course I quickly arranged a trip to the wool shop and took to ravelry to favourite a whole array of sweaters and cardigans for him to peruse. After much deliberation he chose some yarn (Paton's Extra Fine Merino DK in Burgundy) and even some buttons, upon decided that he would like a cardigan. Next up came the job of choosing a pattern. I did think about designing one for him, until realising I just didn't have the time for such extravagance right this moment. Having seen some cable sweaters in the yarn shop he declared 'I want one with printing'. I have had my eye on the gorgeous Arlo Cardigan by Michele Wang for Brooklyn Tweed's Kids collection ever since it was published, so I tentatively showed it to him and with much relief he told me that was exactly what he wanted. 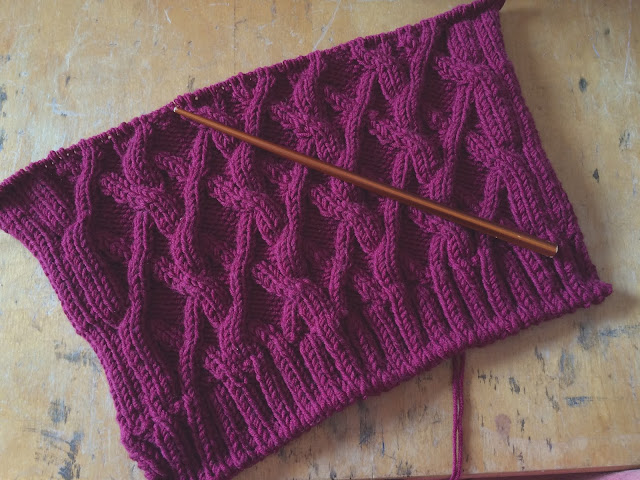 As it turns out the pattern calls for aran weight yarn and we had purchased double knit. I did a quick swatch and though I was getting gauge, it was just looking much too loose. I held the yarn double swatched again and got slightly too many stitches per inch (as would be expected) but it wasn't so much I was especially worried. Instead I've decided to knit the size 6 years and crossing my fingers that it won't be ridiculously too big. So far it's looking perfect. 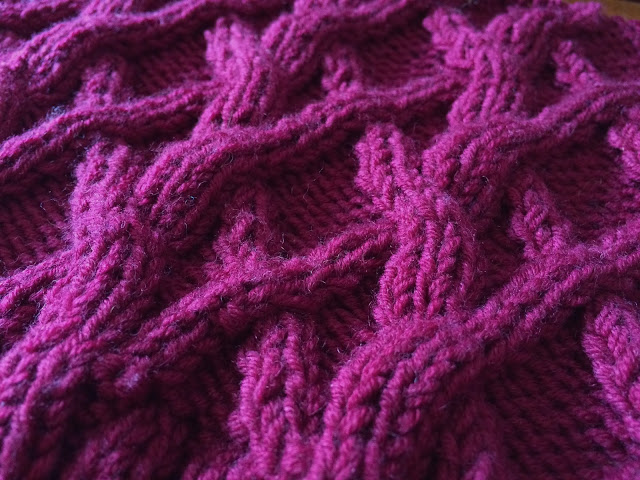 This is not a pattern for a newbie, or indeed a pattern to be knitting whilst trying to do much else, but I'm loving how it's coming along so far. It has a tubular cast on, which is something completely new to me and like some kind of crazy magic I think. It's also pieced and seamed together, which is not exactly my favourite way of knitting, but as I've not worked like this for a long time, I thought it would be really nice to do.

The most important thing is, so far Milo is happy and loves it. Fingers crossed it stays that way!

** The pictures do not show this yarn in it's best light, it absolutely is not this pink in real life, but more like the burgundy that is required for Milo's uniform!