Menu
Cart 0
This week has been quite exciting, over the weekend the plumber came to measure up for the radiators and we finished stripping the wallpaper from the ceiling in the living room (apart from 2 missed patches and a bit at the highest point on the landing we're pretty much done with that all consuming task now), we also cleared (nearly) all of the leaves from the front garden.
On Monday the gas was connected. It's not connected to anything yet, but it's there.
I started lifting the lino in the kitchen to reveal the gorgeous quarry tiles underneath. This is not an easy task, but it's so rewarding. I've just been using the steamer and the wallpaper scraper and so far this seems to be working really well. 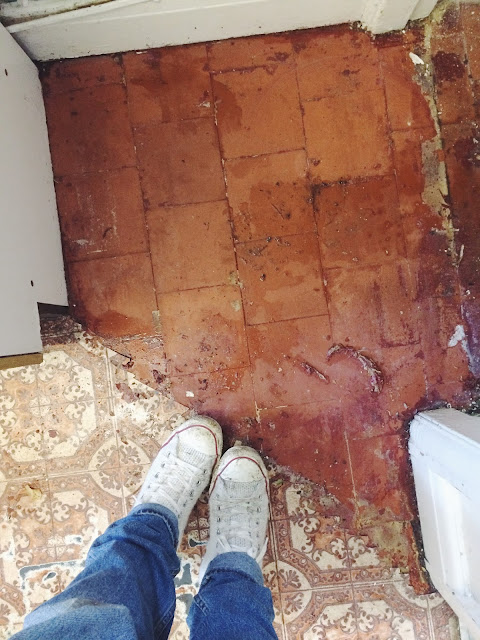 I've also started removing the tiles from the bathroom ready for the plumber, this is much easier than I anticipated, I've just been using a hammer and a screwdriver and they're just popping right off the wall. I've also taken on the task of cleaning the original bathtub. We were just going to replace it with a new one, but the more I thought about it the more I decided I wanted to keep it, if it was repairable. It's an enamel cast iron tub and was filthy and badly limescaled. I read about a product you can use to resurface tubs, but at £75 it seemed that it would probably make more sense just to replace it. But then I decided to give it a scrub. I used bicarbonate of soda and vinegar and oh my gosh what a difference it made. The majority of the bath scrubbed up beautifully, though some limescale remained and it certainly didn't need resurfacing. I've since applied some limescale remover and even given it a sand with some fine sandpaper. The sandpaper was the best tool, the limescale has completely gone and the bath is now glowing. Now it's all clean I'm going to give it a thorough bleach and then see if I can convince Johnny to keep it. I have no real attachment to the tub, I just hate the thought of sending something so big to the tip when it's still got some life in it. There is one problem however, the source of the limescale seems to come from a little well just before the plughole, meaning that the water pools here rather than draining away. I'm going to see if the plumber can lift the other end just a little bit so that the water will drain easier. We'll see, Johnny's not really onboard with the idea, so it may end up at the tip yet, but at least I've tried! 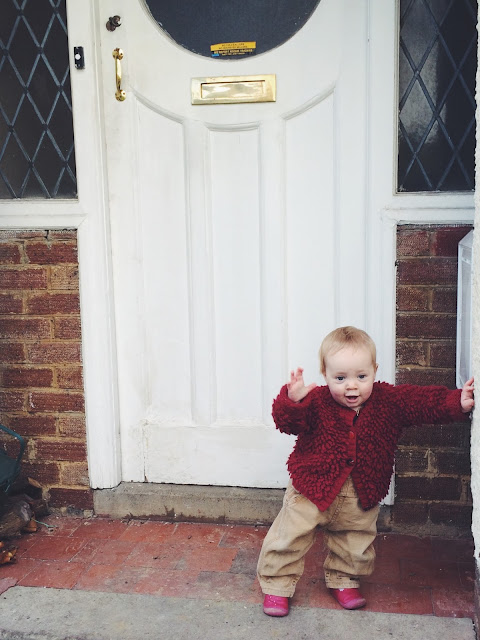 In other exciting news, we've taken deliver of the bathroom floor and the sink this week. I'm fairly sure that once the heating is in and the bathroom is done, it will really start to feel like we are getting somewhere. A lot of this week it has felt like a never ending task.