Menu
Cart 0
On Sunday we celebrated the birth of Bex (of By the Yard and Ampersand Commodities), by attending a wonderfully scrumptious BBQ at her house.

On Sunday morning, feeling like a crap friend for leaving it to the last minute, I turned to Milo in desperation and asked 'what shall we get Bex for her birthday?'.  His initial response was, you could give her some of you 'knitting balls' (meaning of course yarn), 'I have nothing nice or special enough for that' I replied.  'I know,' Milo responded calmly, 'just dye her some'.  This was probably the best idea he's ever had, in my eyes anyways, it was perfect and thoughtful and particularly so because it was all his idea. I hunted out a skein of bare yarn I had stashed away, my collection of Kool Aid packets, Milo choose the colours, we covered everything in newspaper, hopped into our aprons and got dyeing.

Milo choose green, blue and purple, I mixed the colours up in jars and, after soaking the yarn for a bit, I let Milo just go for it with paint brushes and dye.  It was so much fun, Milo loved it, even though it took a lot longer than either of us imagined it would.  All the time talking about how much Bex would like it and discussing all the different things she could knit with it.  I was so touched by his thoughtfulness and reminded that this is exactly the reason I love making things for others, you can't help but think about them during the time spent working on the project destined for their possession. 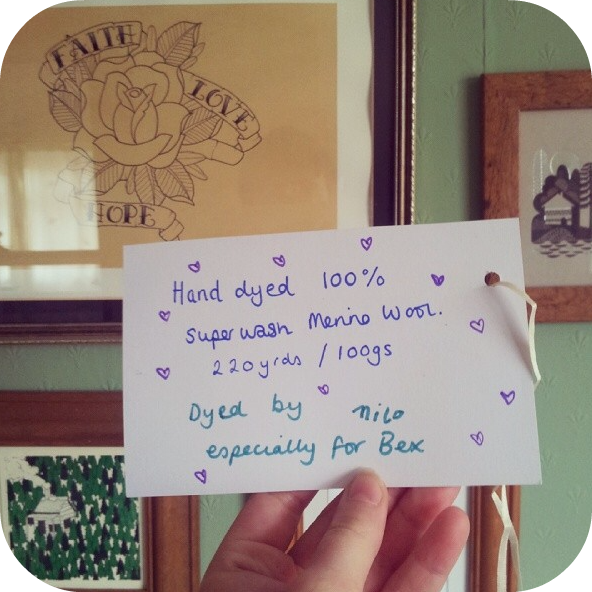 The result was a little psychedelic, but fortunately Bex seemed to like it.  The beautifully sunny day we were lucky enough to have on Sunday meant that it was mostly dry by the time we came to leave, nothing a little blast with the hairdryer couldn't fix anyway. 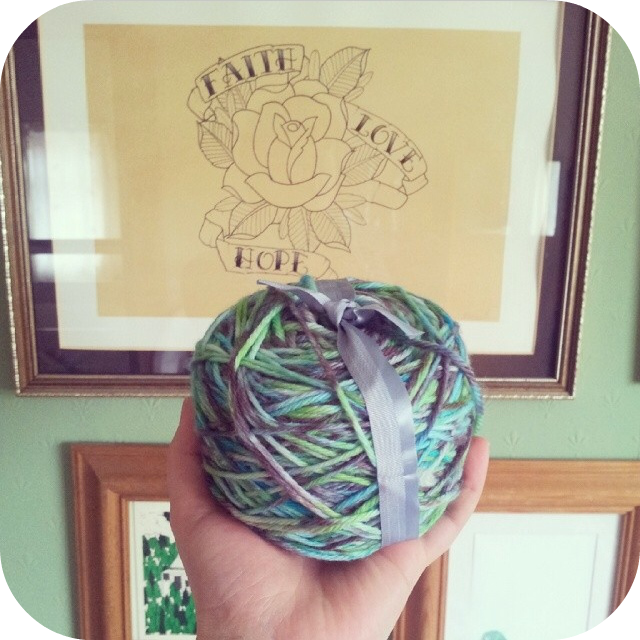 The whole experience reminded me too how much I like dyeing yarn and how I said to myself at the beginning of the year, I was going to learn properly and invest in some proper dyes, so if anyone has any suggestions for this I would love to hear them.