Menu
Cart 0
One Sunday back in April, having already blindly walked passed it twice, Milo and I, returning from a trip to the car boot sale, passed one of our neighbours in the street, 'Have you seen the Banksy?' he asked.  'No', we laughed.  After a bit of chat I assumed it was just a new piece of graffiti from one of Cheltenham's own street artists.  There certainly are one or two stencil artists in our area.  Still having not seen it we returned home and after a bit of twitter and instagram investigating we decided maybe there was something to this Banksy claim.  So we headed down the end of our street to find, what was once a fairly unattractive white wall freshly adorned with 3 spy figures dressed in 50's style trench coats, listening in intently to the innocent looking phone box positioned against the same wall.
With GCHQ located not far from here, it was a fantastic nod towards all the recent controversy surrounding phone hacking and telephone security. 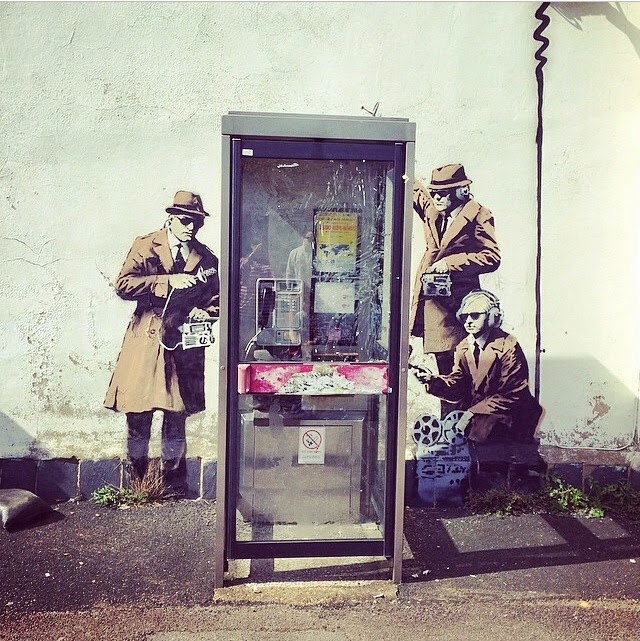 As we joined the flocks of locals out on this sunny Sunday afternoon to admire our newest piece of street art, I began to explain to Milo how it had been produced using stencils and it became quite clear that actually a lot of work had gone on here.
As rumours spread of vans and tarpaulin appearing in the early hours of the morning, suspicions rose that maybe, yes, it was a real original Banksy.
I must admit I wasn't convinced at first but I didn't really care either way.  It was an improvement, it was beautifully created, spoke up on a on interesting topic and it was really enhancing the community spirit which exists in our little part of town.
When a second new Banksy appeared in Bristol, apparently created the same evening, it certainly seemed more genuine.
More people came to see it, press arrived and people stopped to talk about it.  People I know well, people I see everyday but never shared a word with and people I had never seen before, were all stopping to talk to each other in the street.  It was a lovely feeling, connecting with strangers over differing or similar opinions.  It was interesting, enlightening and really made me realise how lucky we are to live in a community that can be so open and welcoming to this conversation sparking new piece of art. 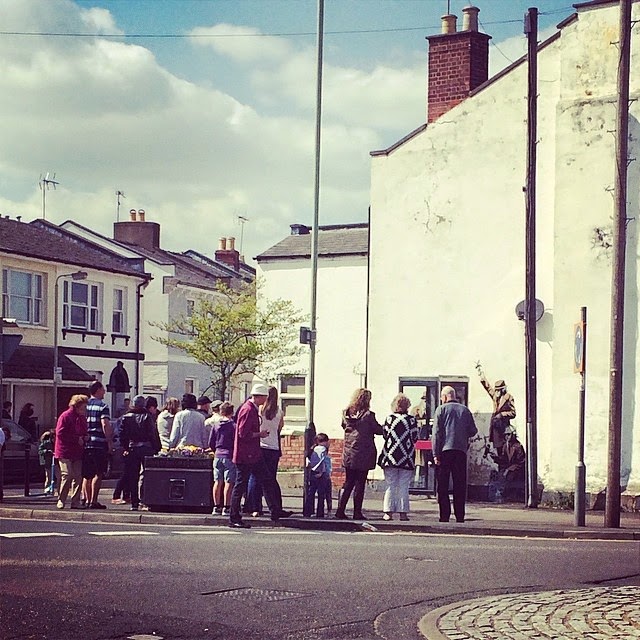 There was a disappointing moment where vandals painted over the faces of our spies with white paint, but even that ended up bringing out the best of our locals, when members of the Fairview pub's bar staff rushed out with buckets of water and worked quickly to prevent any permanent damage.

2 months have passed and I walk past that piece of art everyday.  Milo and I still discuss it regularly. Our great, local beer shop has an ale in it's honour.  There were still people posing for their photo in the phone box daily and I have no doubt the local independent businesses here were appreciating the added footfall in the area. 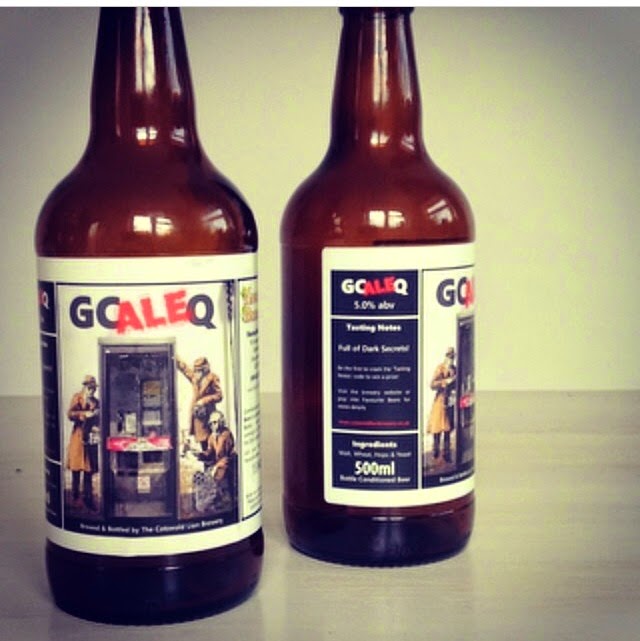 Photo pinched from Ask Baby Cotswolds Instagram feed.
Casually during an online Q and A, Banksy confirmed, finally, that yes it was his work.  To be honest I don't think it really mattered to most of us one way or another, over those short months it has become a part of our little corner of Cheltenham.

So on Wednesday, when I headed out for the school run and saw a London scaffolding firm setting up around the wall, my first thought was the worse.  When we walked back past 30 minutes later to find boarding being added to cover the art, I wasn't reassured.  A couple of hours later I headed out again to see (despite claims of re-rendering) the scaffolding stopped suspiciously at the top of the graffiti.  I googled the specialist scaffolding firm to discover this.  I was fairly committed to my theory of removal. 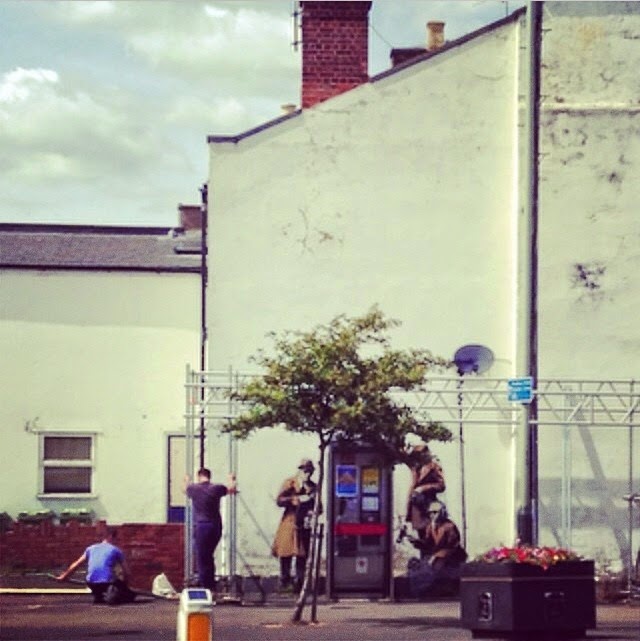 Photo pinched from Ask Baby Cotswolds Instagram feed.
Finally yesterday the scaffolding firm confirmed their purpose was not innocent wall repair after all and the piece would be removed for auction.

I appreciate it's private property, yes that wall belongs to the homeowner, he can do whatever he likes with it, but it feels like the art itself belongs to our community and anybody else who wants to come and on over to take a at look it.  I suppose it shouldn't surprise me and I guess it doesn't really, but it certainly upsets me.

I understand the nature of street art means it's rarely permanent, but I don't think it should ever be removed in this way, when something that is designed to be enjoyed by everyone is taken away to become the private property of the wealthy the nature of it is completely lost, it becomes worthless in my eyes.

I'm pleased to say our community really embraced our Banksy whilst it was here so briefly.  As sad as I am to see it go, I never would have imagined we'd have had such a wonderfully thought provoking piece of art on our doorstep in the first place and it was really lovely while it lasted.