Menu
Cart 0
We are so lucky here in Cheltenham to have such a great range of festivals taking place throughout the year.  We have Jazz, Literature, Music and Science taking place between April and October.  All of these are fabulous and have a great range of events within them.
Last week was the Science Festival.  We tend to go up to the main site every year to browse the tents and various free activities taking place, but until this year we'd never attended any of the main events for this particular festival.
Milo took a trip over with school in the week, to watch a show about dust, which he has been raving about ever since.  So at the last minute I decided to have a look through the programme and find something to take him to over the weekend.  For his age range there didn't seem to be that much on offer, but I booked us tickets to Kaboom, the Science of Explosions. 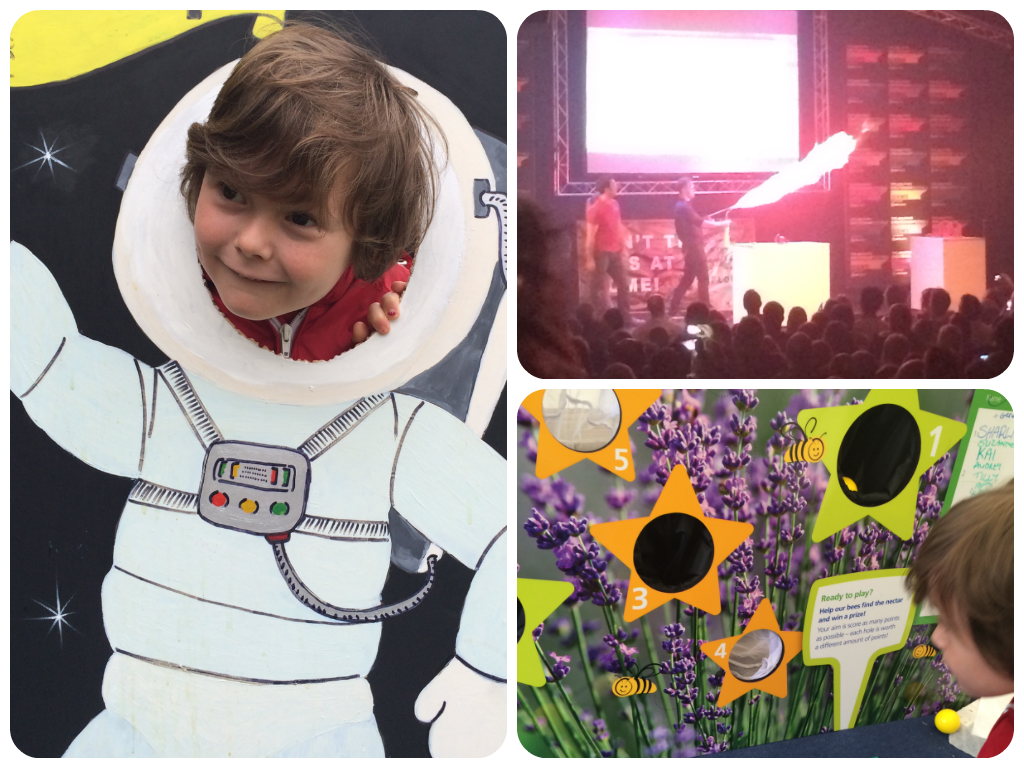 It was fabulous, we were lucky enough to get to our seats safely inside the tent just before the rain fell from the sky in a spectacular fashion.  The guys that put on the show did a great job, demonstrating a wonderful array of explosives, including gun powder, cannons, high explosives and fireworks.  As was to be expected, there were many loud bangs and lots of occasions where were encouraged to put out hands over our ears, or flashes where we were told not to actually look as we might blind ourselves.  It was so much fun I'm so pleased we decided to go.

After that we took a stroll around the rest of the festival site, where we played games, made a torch and watched ourselves in a thermal camera.  It was great, I'm not sure I was the best person to take Milo as my science knowledge is very limited, I expect if Johnny had joined us we would have both learned a whole lot more.

The only downside for us was, unfortunately this year there wasn't a main Lego tent on site (if you follow me on Instagram you'll probably know how much of a Lego obsessive my boy is), which there has been in the past and the Lego events that did take place were aimed at older children.  Knowing Milo's Lego skills I'm sure he probably would have enjoyed these regardless but I didn't want to risk it.

Overall it was a great day and definitely something I'd recommend to others.
We're already gearing up for the next festival, this weekend, the Food and Drink Festival, our family's personal favourite.