Menu
Cart 0
...I may have been a bit rubbish at keeping up with my crafting 365 the last couple of days but that's because we've been a bit busy here. My poor little boy had his second round of jabs on Monday, he was super brave and it was much less emotional for me second time around, but he was still a grumpy babe for the rest of the day. When he wasn't sleeping (in my arms, wouldn't stay down in his cot) he was screaming! It wasn't much fun, but I know how important it is for him to have them and it's only one day.

Over the weekend I made some crumbles with some fruit which otherwise would have ended up in the bin. Unfortunately we have great intentions and buy ourselves loads of fruit, but so rarely do we manage to consume it all before it turns. So to save waste I've started to try and put it to good (although not as healthy) use. 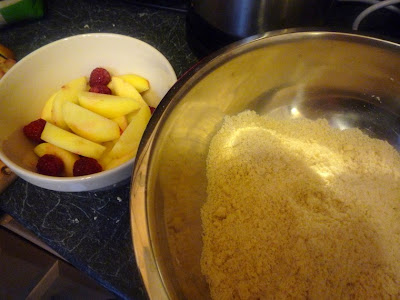 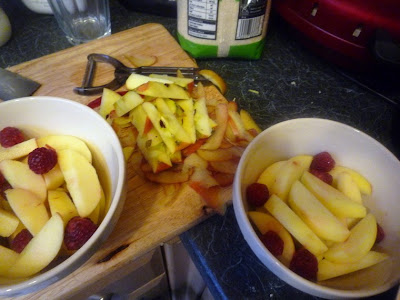 Then as it is Johnny's birthday today, yesterday I knocked up a cheesecake. I say knocked up as though it was the easiest thing in the world! It wasn't!! I've never made a cheesecake before and it's Johnny's favourite thing, so I dug out a Nigella recipe for chocolate cheesecake and headed out to get the ingredients super early. Milo went down for his afternoon nap and I got on with the baking, all was going well until I got the part that said 'add the sour cream', err what sour cream? Somehow I had managed to completely miss that part of the ingredient list!! As Milo was sound asleep there was little I could do but put everything to one side and wait. At 4 o'clock we headed out to quickly grab the sour cream, well the shops of Cheltenham obviously don't feel that it is important stock to have, because after trying all the nearest and slightly further afield shops I ended up miles (well sort of) away at waitrose, who did supply me with what I needed. Having thought we were only popping out Milo was safely snuggled against me in his sling when it started to rain and got heavier and heavier!!! So we returned home an hour later soaked to the skin!!

With the cheesecake finally assembled it appeared from the oven just as Johnny returned from work, so birthday surprise slightly ruined but hey ho. 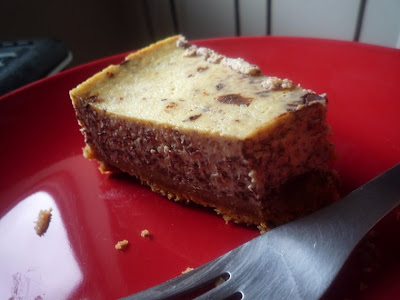 However, although it looks like a rather unappetising quiche, it tastes lovely, and I'm glad I went to all that effort so my lovely boy could have his favourite dessert for pre-birthday and also birthday celebrations. 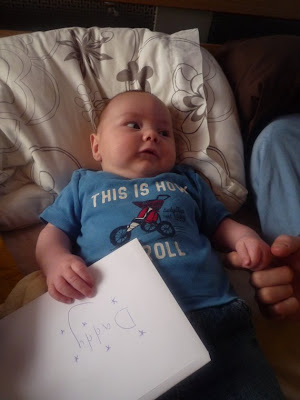