Menu
Cart 0
So I did have a go at making macarons...it was not very successful. After reading up about them I never thought it was the kind of thing you make incredibly well on your first go...but still mine really were a big old disaster. I wasn't going to show pictures as I was so embarrassed by their outcome, but what the hell...you can all laugh at my failure! 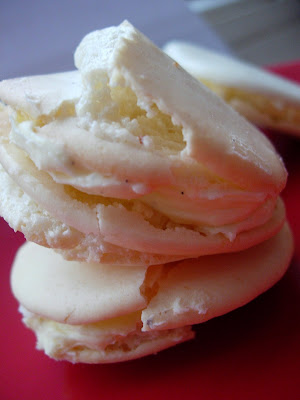 They were pretty simple flavourwise, as it was my first go and all, just vanilla with vanilla butter cream, using fresh vanilla. 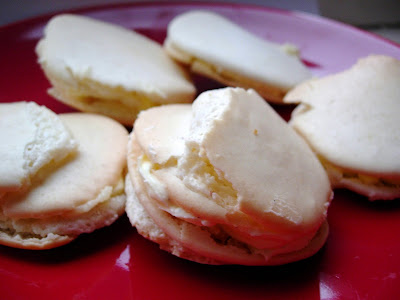 Having spent most of yesterday afternoon researching these little things, I can tell you there are not even close to being a beautiful as any you might bring up on a quick internet search!!! But are they edible? Well they're not entirely inedible! If anything they are a little too sweet, but on the plus side they are not chewy like you might imagine failed macarons to be!

I may give them a try again in a few days/weeks after the misery of my failure has dimmed into a distant memory!

So I had a whole load of vanilla butter cream to use up and a need to re-establish to myself that I could bake (even if only a little) so I whipped up some vanilla cupcakes. 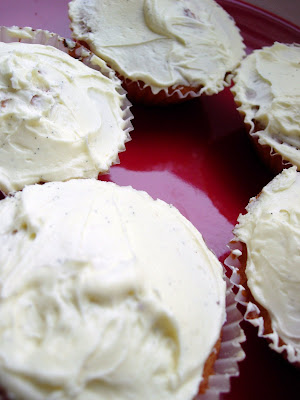 They were delicious and perfect...as a result there were very few left to photograph in the daylight of this morning!

Other lazy Sunday activities included indulging in my favourite T.V. guilty pleasure of the moment Lark Rise to Candleford. It is very much perfect Sunday afternoon comfort viewing. Johnny insists he hates it, but spent the whole episode carefully poised between the kitchen and the lounge so he could keep an eye on the dinner and the T.V!

So Monday activities mostly include, sorting through my stock and rephotographing everything!! Quite a task, but compared to making macarons, an easy one! xx