Menu
Cart 0
I feel like I'm probably going to say this every week, but really how did Effie get to be 8 weeks already?! Things are still going so smoothly, she is so quiet and easy and chilled out, I do genuinely fear I'll just forget she's there sometimes, like I might just pop to the shops without her or something!
On her 4 week birthday she finally climbed back up and over her original birth weight and by 6 weeks she was 9lb 4oz. Having had a slow growing baby before, her slow weight gain was beginning to become a little bit of a concern for this breastfeeding mama so to see her growing so well is such a relief. 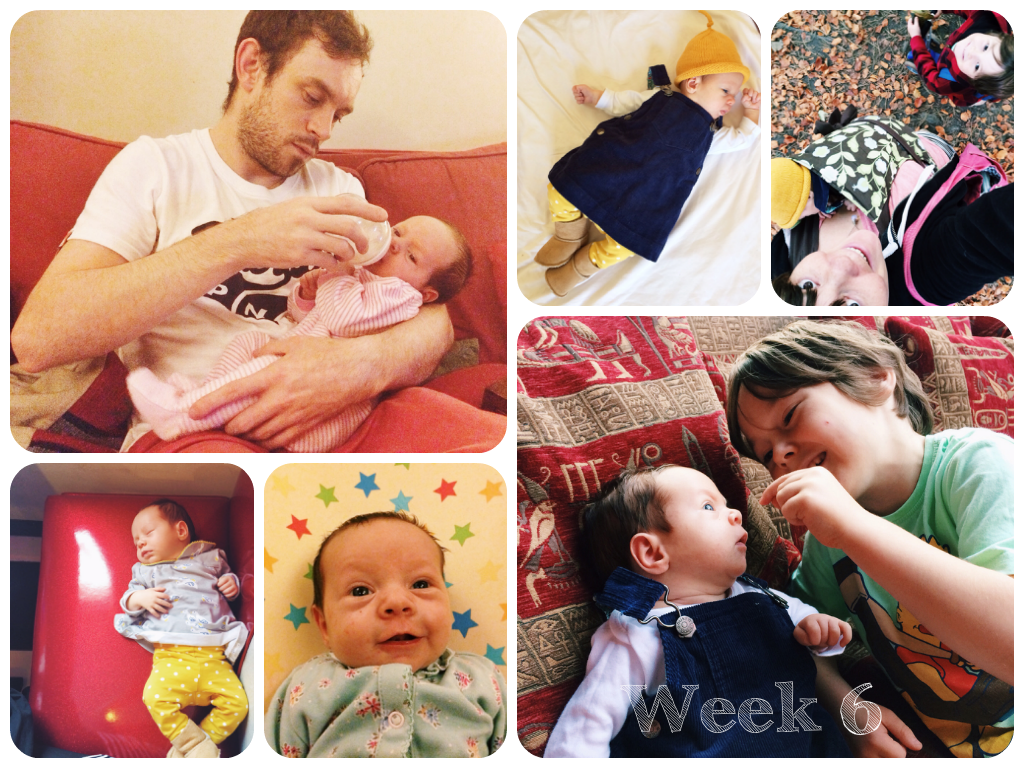 Once she was approaching 6 weeks the health visitor suggested attempting to give her a bottle if I thought that was something I'd like to do in the future, as some babies decide they don't like bottles if you leave it too late. As I'd already spent lots of time building up a freezer supply of milk the thought of her refusing to drink it was a little worrying so we set about giving her, her first bottle that night. She took it no problem at all and now Johnny will give her a little bottle most evenings and even Milo got in on the action at the weekend. 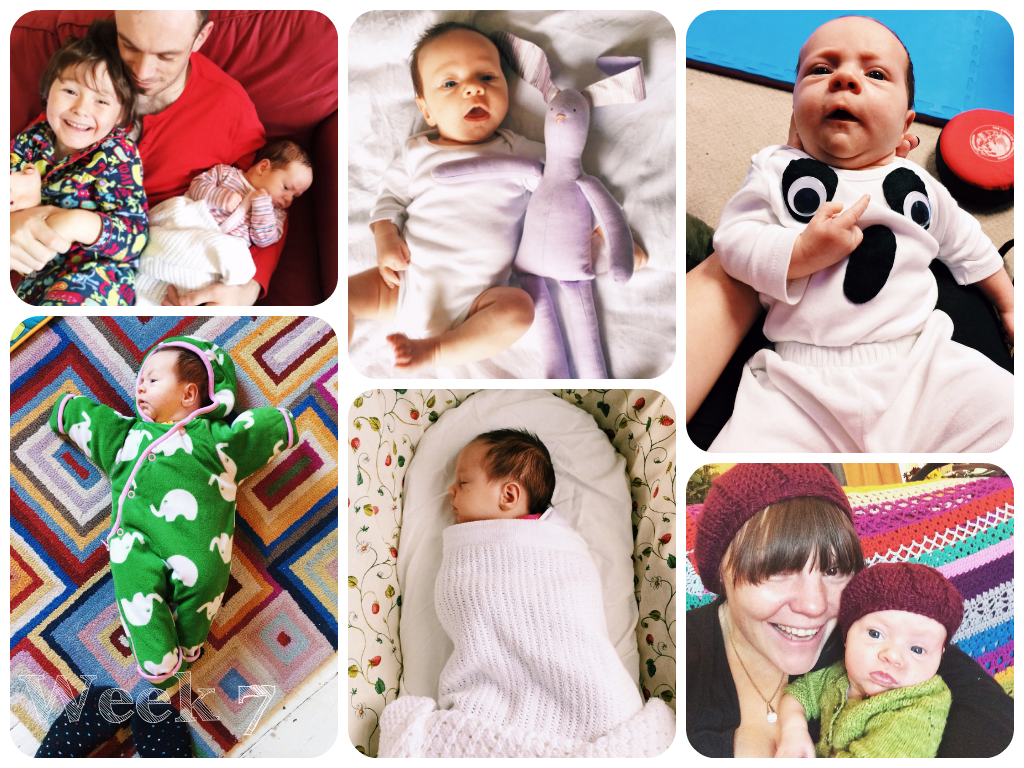 She's still sleeping well through the night and even managing 7 hour stretches occasionally now (3 nights in a row at the moment!). This is working great for me, because if she wakes after 6, I'll feed her, change her and put her back down, before getting up myself, whereas if it's before 6 I'll go back to sleep and won't get up until about 9. Getting up at 6 or thereabouts means I get to spend some time with Milo, working on homework and having a chance to spend time together just the 2 of us. It also means I'm showered and dressed at a reasonable hour (rather than having to answer the door in my pyjamas after midday). She doesn't tend to wake again until around 10 which even gives me some time for housework after Milo's headed off to school. Daytimes are still very sporadic, yesterday she pretty much refused to sleep all day. On days like those I just have to remind myself how lucky I am to be getting good nights sleep, but it's still draining not to get any kind of a break. 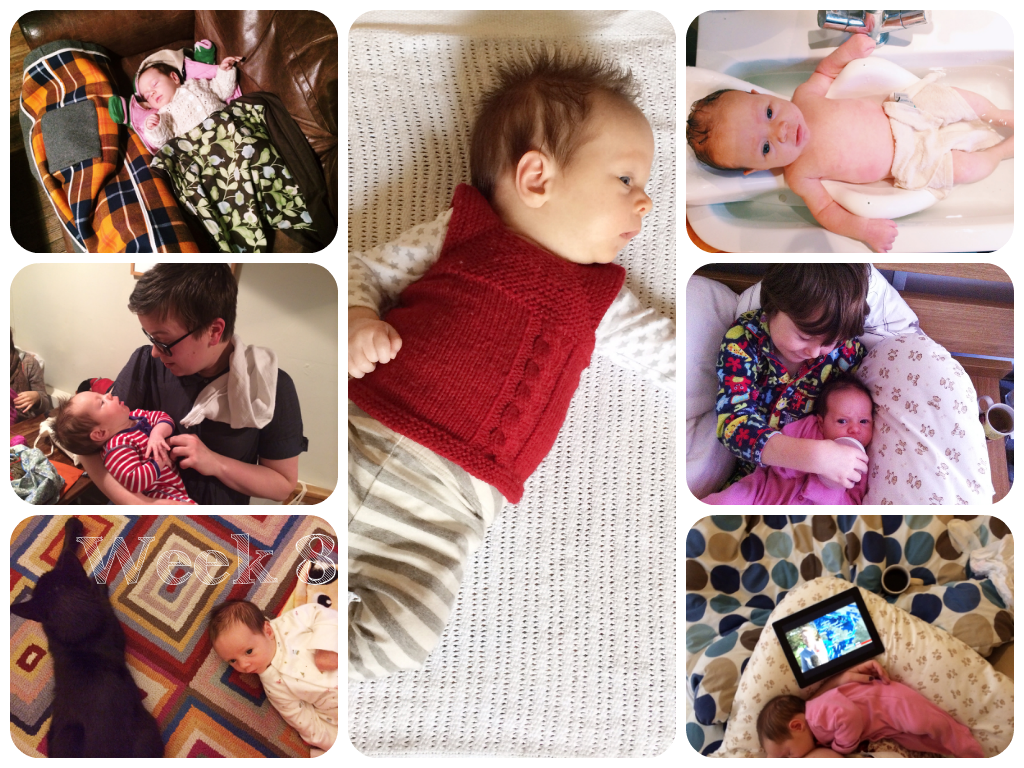 Some things I want to remember ::